WSDOT Amends I-5 Roadwork Detours for Seafair and Sporting Events 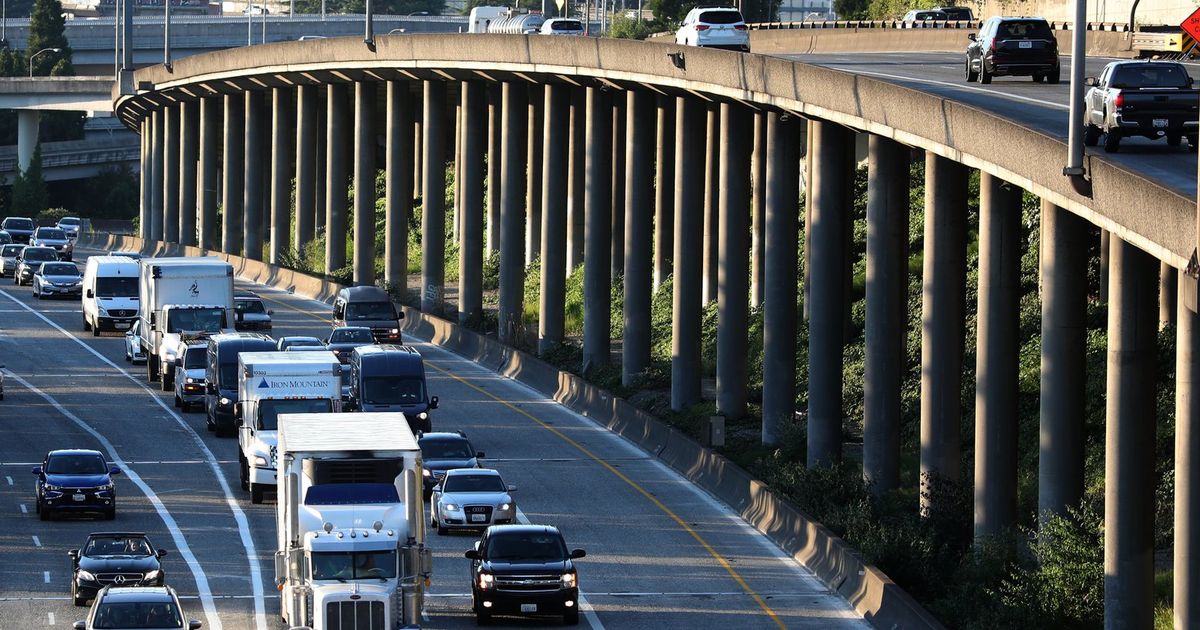 In a new twist to ongoing Sodo roadwork, the Washington State Department of Transportation will keep all connections open between Interstate 90 and Interstate 5 this weekend to help drivers participate in Seafair events. and sportsmen.

Contractors will rebuild and level seven expansion joint sections from I-5 southbound. Only two lanes will cross the Sodo work zone during this ninth of the 15 planned construction weekends.

The lane reductions began at 7:30 p.m. Friday and will continue until 5 a.m. Monday, according to the WSDOT.

Drivers can travel very slowly on the main line under the Seattle Convention Center through downtown, while the express lanes will remain at normal hours, moving south to north at 1:45 p.m. Saturday and Sunday.

The I-90 floating bridge will remain open all weekend, a change from years past when the WSDOT temporarily blocked traffic while low-flying Navy jet pilots performed.

To keep the large I-90/I-5 junction open, WSDOT will crimp its downtown collector-distributor lanes onto I-5, forcing southbound drivers to either take the left exit toward Bellevue onto I-90 or descend using the right exits near the stadiums.

This cutoff is necessary to comply with federal safety standards for fusion distance, spokesman Tom Pearce explained. Cars arriving from I-90 will be routed immediately left past the junction to bypass workers on the right flank of I-5 southbound. That means the WSDOT couldn’t provide as much distance as usual, he said, for oncoming I-90 drivers and I-5 collector-distributor lane drivers. southbound get by, where four lanes normally turn into two, then one lane past the stadiums.

Drivers in downtown Seattle can enter the southbound collection-delivery lanes from the James Street on-ramps (then exit soon to I-90 or the stadiums), but not from Spring Street. The South Forest Street main line exit at Sodo will be closed.

Weekend events include the HomeStreet Bank Cup seaplane races on Lake Washington; the Boeing Seafair air show featuring the US Navy’s Blue Angels; four Seattle Mariners baseball games against the Los Angeles Angels Friday at 7:10 p.m., Saturday at 1:10 p.m. and 7:10 p.m. and Sunday at 1:10 p.m.; and one Seahawks training camp game at Lumen Field starting at 2:30 p.m. Saturday. A few kilometers to the north, the Seattle Storm will host the Las Vegas Aces on Sunday noon at the Climate Pledge Arena.

Sounder commuter trains will travel to and from the Mariners game on Sunday, while Sound Transit light rail trains will operate on a normal schedule, arriving every 10 minutes to all stops between Northgate, downtown Seattle, the airport and Angle Lake. Drivers can subscribe to WSDOT app and social media feeds here for instant updates.