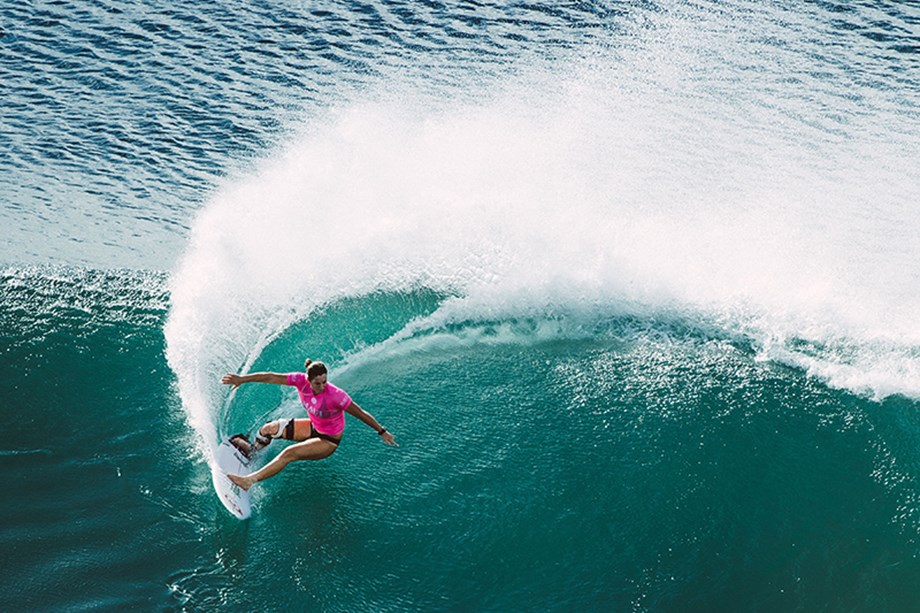 Brazilian Filipe Toledo won the men’s event, performing a series of aerial acrobatics and tight turns to beat Australian rookie Callum Robson. Wright got off to a dream start against the reigning World and Olympic champion scoring 8.93 out of 10 for a series of critical corners. She followed that up with another great score that Moore never came close to matching.

“There were so many times where I wanted to give up on getting back to that kind of form. It took everything from me and I really feel it right now,” said Wright, who returns after two years of injury and sickness. Toledo, which celebrated its 27th birthday on Saturday, won its first Bell event and took the lead in the 2022 Tour standings.

“It’s always been a dream to win this event – so much history, so many special names up the stairs,” Toledo said. Now in its 59th year, Bells is professional surfing’s oldest competition and an Australian Easter institution, where AC/DC’s “Hell’s Bells” blare from loudspeakers each morning to welcome competitors to the dedicated surf reserve.

Wright and Toledo were branded with ocher by the Wadawurrung Aboriginal traditional owners of the local land, before ringing the coveted trophy bells in front of a large crowd on Easter Sunday. The Australians were well represented on the day of the final, with three of the four men’s semi-finalists and Wright on the women’s side.

The waves had eased since the start of the week and all but died down when Toledo faced Ethan Ewing in the first men’s semi-final. Toledo went in search of the smaller waves on offer and got a decent score by flying twice on a fast right hander, leaving Ewing sitting sadly waiting for bigger waves that never came.

Robson, who had worked on construction sites before doing the 2022 Tour as a relative unknown, kept his cool against compatriot Jack Robinson in the second semi-final as strong onshore winds made conditions difficult. But after catching the best waves of the week, Robson couldn’t match Toledo’s speed and variety in the final.

The tour is now moving to Margaret River, Western Australia, ahead of a new mid-season cut that will halve the number of surfers, a change that has prompted protests from some competitors.