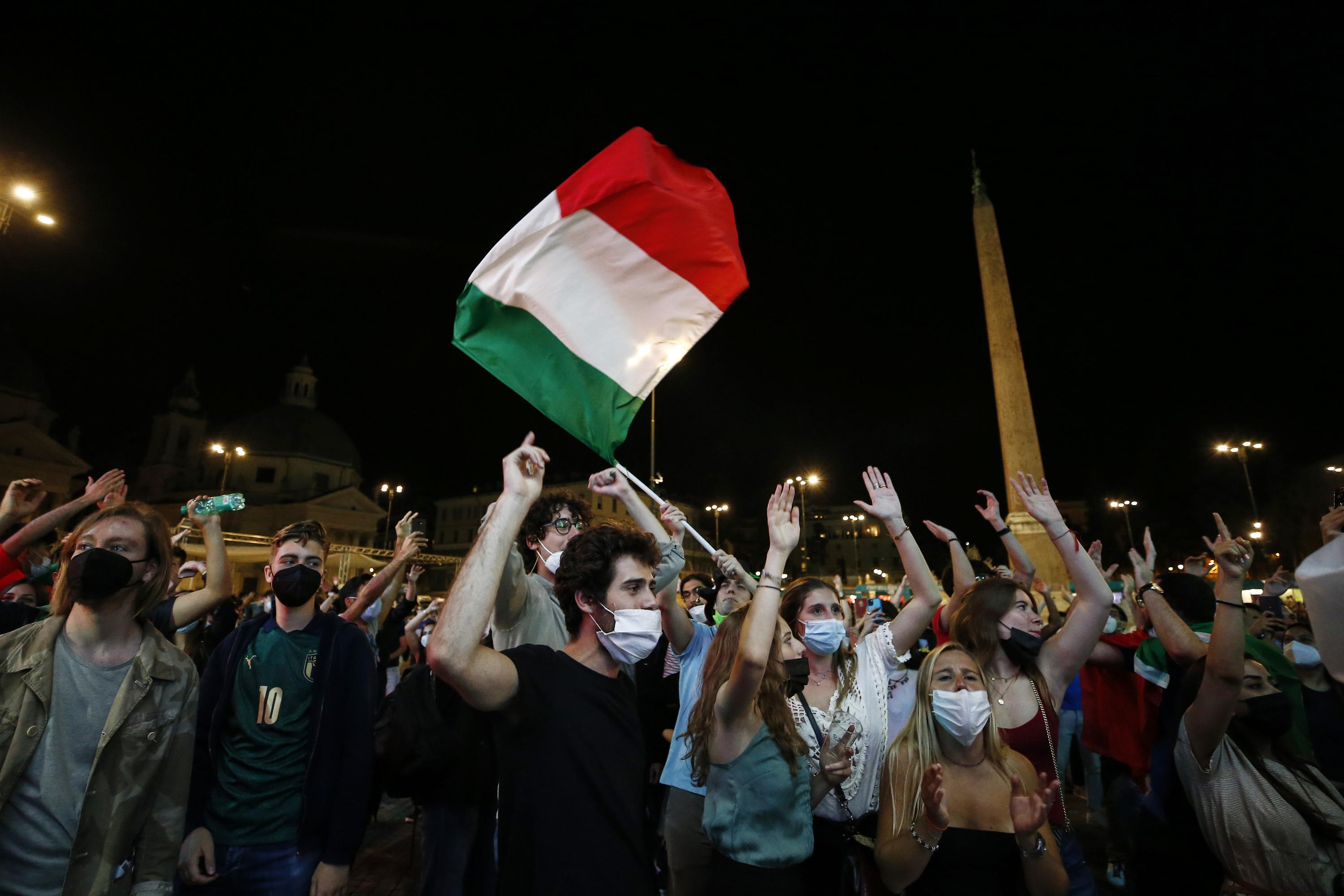 ROME (AP) — Postponed a year, the biggest sporting event since the coronavirus brought the world to a standstill kicked off at Rome’s Stadio Olimpico on Friday — a milestone for both European and global sport.

The opening match of the European Football Championship was played in the Italian capital, the first country outside of Asia to be hit by the pandemic and the first in the world to implement a nationwide lockdown. Italy delighted the masked home fans by beating Turkey 3-0, scoring all the goals in the second half.

The tournament represents a major step forward on the road to recovery from one of the darkest chapters in the continent’s history since World War II. More than a million Europeans have died in the pandemic, including nearly 127,000 Italians.

“After everything that’s happened, now the situation is improving, I think the time has come to start giving the fans something to be happy about,” said Italy coach Roberto Mancini, who tested positive. to COVID-19 in November but was asymptomatic.

The tournament was postponed last March when countries scrambled to contain virus outbreaks and major sporting events around the world were canceled or suspended.

Many fear it’s still not safe to pack tens of thousands of fans into stadiums across Europe, but organizers hope measures such as crowd limits, staggered arrival times for fans , social distancing rules and plenty of hand sanitizers will help prevent a resurgence of viral infections. , which have fallen sharply in Europe in recent months.

In Rome, fans entering the stadium are required to bring documentation proving they have been vaccinated against the virus, tested negative within 48 hours of the game or already had the disease.

The sports world is watching. If all goes well, Euro 2020 can provide a boost of confidence for other major sporting events, such as the Tokyo Olympics, which are due to open on July 23 – also a year late. If not, it would be a serious setback that could have ramifications beyond football.

“Let’s hope for the best,” said Alessandro Savelloni, a 36-year-old Roman enjoying a beer with his wife at a street bar before the game. “We are emerging from a dark period. People need freedom. To resume a normal life.

The virus has already had an impact on the tournament, which for the first time is not hosted by one or two nations but is spread across the continent with matches in 11 cities.

Spain captain Sergio Busquets has tested positive for COVID-19 and will miss the team’s opener against Sweden in Sevilla on Monday. Another Spanish player tested positive, as did two Swedish players. The Spanish team were vaccinated on Friday.

Russian winger Andrey Mostovoy then became the first player to be kicked out of a national team Friday after testing positive.

Italy’s opener brought together the biggest crowd in the country since its full lockdown 15 months ago, even though the stadium was only 25 per cent full.

Tenor Andrea Bocelli, who recovered from COVID-19 in 2020, delivered a powerful rendition of Giacomo Puccini’s “Nessun Dorma” during the opening ceremony. Bocelli touched the hearts of millions in Italy and beyond when he performed a solo concert in Milan’s empty cathedral over Easter last year. Milan is the capital of the Lombardy region, at the time the epicenter of the pandemic in Europe.

In Rome and elsewhere in Italy, most virus restrictions have now been lifted. A midnight curfew and the obligation to wear a mask outside one’s home are the most tangible ways in which the pandemic is still affecting the daily lives of citizens.

Shops, restaurants, gyms, museums and theaters have reopened. Roman traffic returned to its usual chaotic state, with swarms of scooters vying for space on the lanes with honking cars. Tourists return too, although the historic center with its famous monuments remains less crowded than is normal for this time of year.

Metin Karagulle, a Turkish fan riding past the Colosseum on an electric scooter before the match, said being in Rome for the tournament opener was an “unforgettable” moment.

Italy still bans non-essential travel from Turkey, but many Turkish fans living in other European countries have traveled to Rome to support their national team.

Italian fans who watched the match on a big screen in a town center square were as thrilled with the victory as they were able to share the experience with each other.

“It was very moving, very beautiful,” said Rome resident Federico Riva. “The atmosphere, the fact that we were in the crowd, it’s something that we all missed. The stadium full of supporters, we needed all that, we really needed it. “