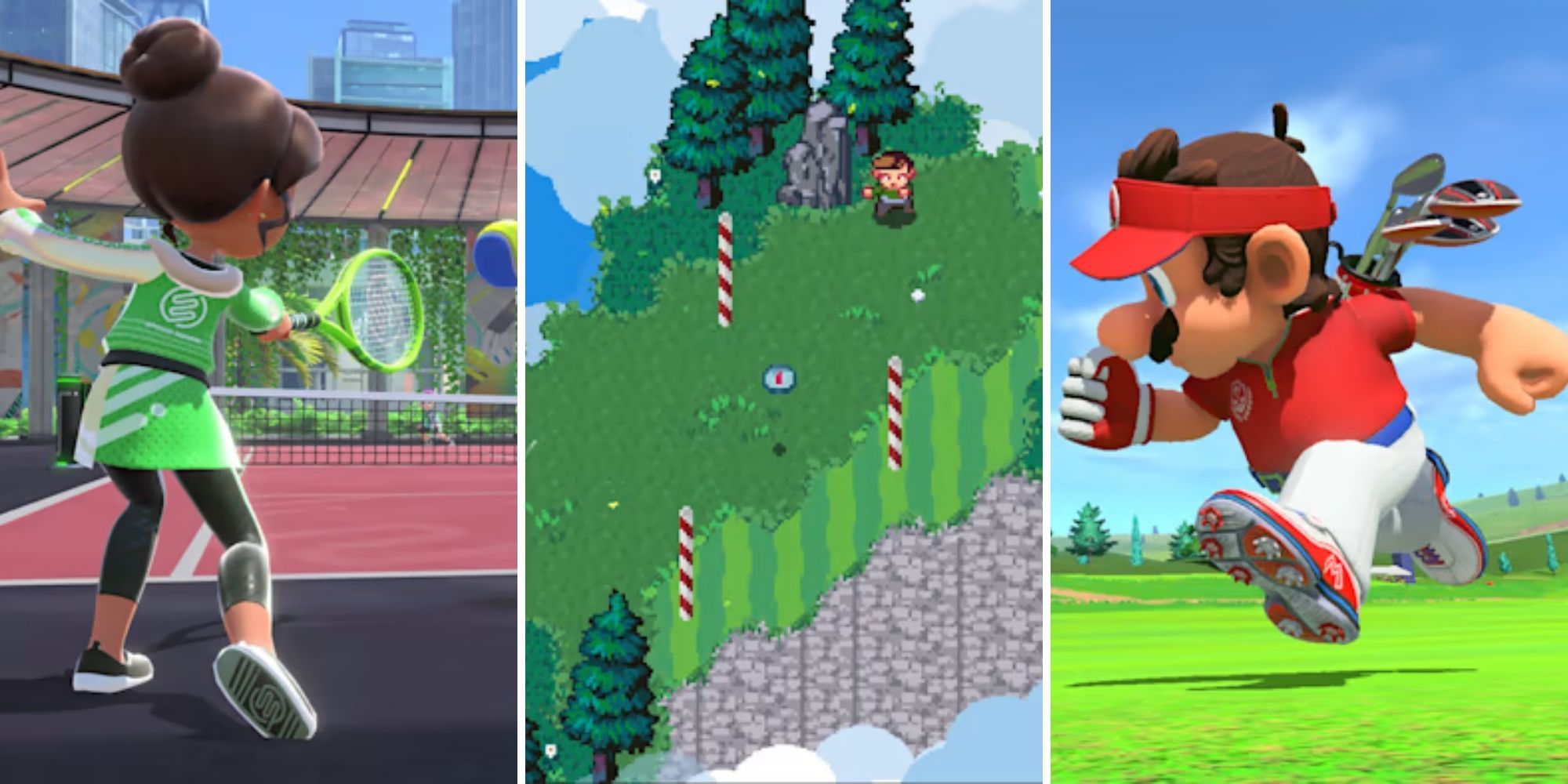 Whenever you feel like playing a sports game alone or with friends, the Nintendo Switch might not be the first console that comes to mind for stellar graphics and AAA titles. In fact, most licensed sports games, such as NHL and Madden, don’t even release on Nintendo’s hybrid unit.

Related: The weirdest sports in gaming

However, Nintendo never relied on third-party support for success. Although it doesn’t have some of the most successful titles in the industry on its platform, the company sidesteps this issue by releasing its own sports games, usually featuring Mario and his companions. The Nintendo Switch has more exclusive sports games than the PS5 and Xbox, but they can’t all be a hole in one.

GAME VIDEO OF THE DAY

Most exclusive sports games on Switch’s star Nintendo characters compete for glory. Soccer Slammers is one of the few exceptions, and it looks like it could have benefited from a cameo or some sort of twist.

This arcade-style football game features two-on-two matches, with boring gameplay and bland environments. It’s also incredibly light on content. It’s disappointing, because the director, Jools Watsham – who created the excellent Mutant Mudds series – was unable to adapt the charming aesthetics and engaging gameplay of these games to Soccer Slammers.

Mario and Sonic began facing each other at the Olympics for the Wii, and the rivals still meet every few years for the next showdown. The two mascots, alongside their friends and foes, compete in events like baton twirling, boxing, and gymnastics to see who can take home the gold.

Mario & Sonic at the Olympic Games Tokyo 2020 excels at offering a wide variety of playable characters and events, but neither provides enough depth to really challenge you. The game is at its best when playing with friends, as the single player mode is very dry and playing against the CPU is equally mind-numbing. The inclusion of 16-bit events is fun for a while, but loses its appeal after playing it a few times.

Mario, Luigi and the rest of the team didn’t spend as much time playing football as they did tennis or golf. Most Mario sports games started on the NES or N64, but the first Mario Strikers game was released on GameCube in 2005, with a sequel coming to Wii a few years later.

Over a decade later, Mario Strikers is back, and while it’s exciting to see its return, Battle League offers nothing new to the series and has even less content than its predecessors. The biggest change is the introduction of the gear system, which lets you customize a character with new clothes that also affect their stats. Next Level Games has been on a roll with the last two entries in Luigi’s Mansion, so it’s surprising to see them drop the ball with Mario Strikers: Battle League.

Golf is generally a slower sport that many like to play with friends to relax and have a good time. The Mario Golf series has always been able to emulate a similar feeling, in the comfort of your own home. A colorful roster of characters and dozens of creative courses have long defined the series, and Mario Golf: Super Rush mostly continues to carry that torch.

Like other Mario sports titles for Switch, one of the major criticisms against Super Rush was its lack of content at launch. Over a year later, the game is still getting new content, but that wasn’t the only problem. Super Rush introduces a new mode, called Speed ​​Golf, where players race to see who can land their ball in the hole the fastest. This is again an interesting gimmick that quickly loses its appeal after just a few spins.

3 Mario The Aces of Tennis

When he’s not rescuing Princess Peach from Bowser or making a movie, Mario can usually be found partying, driving race karts, or playing tennis with his companions. The first time you got to see Mario on the court was on the Virtual Boy in 1995, and nearly three decades later his backswing has never been better.

After Mario Tennis: Ultra Smash for the Wii U failed to win over audiences, there was a lot of pressure on Mario Tennis Aces to restore the brand’s reputation. Thankfully, Aces fixes many of its predecessor’s issues by including tighter controls, fewer gimmicks, and a fun single-player campaign. It still lacks some of the multiplayer modes that helped make the N64 and GameCube versions infamous, but it’s still a great game to play alone or with friends.

It’s hard to believe it took Nintendo five years to release a spiritual successor to Wii Sports on Switch. The original is one of the most popular games of all time, and the Joy-Cons are perfect for replicating the simple, intuitive controls that were key to the success of Wii Sports.

Nintendo Switch Sports includes familiar sports like tennis and bowling, while introducing sports like badminton and football. Unlike Wii Sports, you can compete against other players online and collect new clothes and emotes for your avatar. Other sports, such as golf, are expected to come out in the future, and if they’re as fun to play as today’s culture, then Nintendo Switch Sports has the potential to become an essential game for every Switch owner.

Golf Story was originally slated for release on Wii U. It was eventually delayed and, with the help of Nintendo, was released on Switch in 2017. Not only is Golf Story the first exclusive sports game on the console, but it’s still the the best and most convincing game in the range.

Golf Story is ultimately more than a sports game; it’s also an RPG full of fascinating characters and a fantastic story. It’s refreshing to mingle with the locals between rounds and spend your hard-earned cash on new gear and skills. Golf is intuitive, so it’s a great game even for people who aren’t familiar with the sport. Golf Story is often compared to Stardew Valley for its innovation in the simulation genre and aesthetic, and its unique concept makes it not only the best Switch-exclusive sports game, but one of the best games in its superb library. .

Next: The best Nintendo Switch games for couples