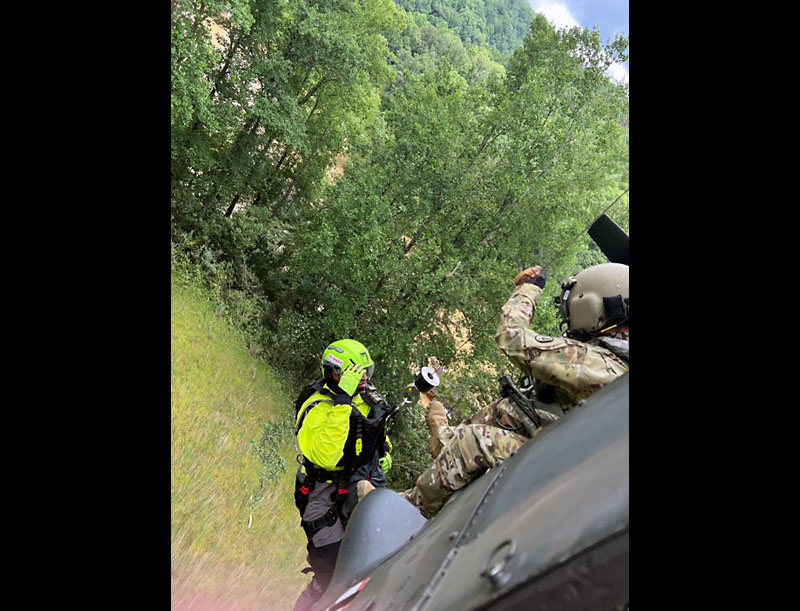 After the torrential rains began, five UH-60L Blackhawk helicopters from the 1-230th Assault Helicopter Battalion in Nashville and Task Force Medevac in Knoxville deployed to eastern Kentucky to assist in rescue operations.

From July 28 to July 31, 20 National Guard Airmen and eight members of the Nashville Fire Department rescued 151 men, women, and children and transported them to higher ground. Of those people, 27 were hoisted out of the rising floodwaters of the North Fork River in a hovering helicopter. All 151 victims were taken to Hazard Airport or the Appalachian Regional Medical Center.

“The recent response from this team and the Tennessee Emergency Management Agency and our National Operations staff saved many lives following severe flooding in Eastern Kentucky. I couldn’t be prouder. of our team and the skills and services they provide during emergency response,” said Colonel Wade.