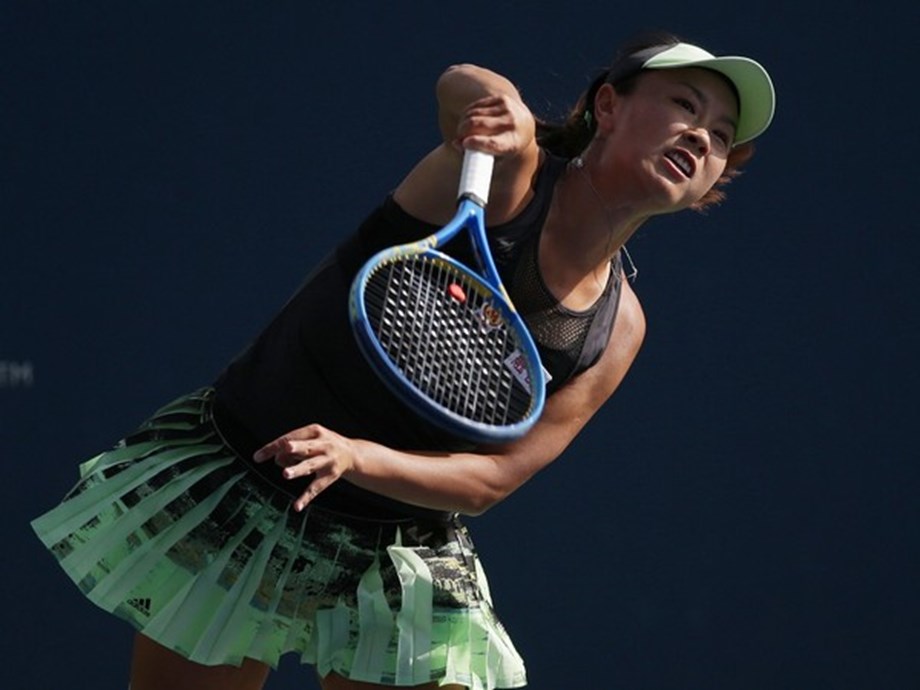 It was the interview many sportswriters wanted: a meeting with Chinese tennis star Peng Shuai, primed and ready to speak with Western media for the first time about allegations she made of forced sex with a former senior Communist Party official who sparked a global wave of fears for his safety.

Marc Ventouillac, one of two reporters for French sports daily L’Equipe who spoke to Peng this week in a restrictive interview set up with Chinese Olympic officials, says he is still unsure whether she is free to say and do what she wants.

“It’s impossible to say,” he said in English. “This interview does not prove that there is no problem with Peng Shuai.” China’s intention, however, was clear to him: by granting the interview as Beijing hosts the Winter Olympics, it appears Chinese officials are hoping to end the controversy, so as not to pollute the event.

“It’s part of the communication, the propaganda, of the Chinese Olympic Committee,” Ventouillac told The Associated Press on Tuesday, the day after the L’Equipe exclusive was published. With “an interview with a major European newspaper, they can show: ‘OK, there is no problem with Peng Shuai. You see? The journalists (come), they can ask all the questions they want.’ The dinner Peng had with International Olympic Committee President Thomas Bach and the appearances she made at Olympic venues shone a deliberate and controlled spotlight on the top-ranked three-time Olympian and former doubles player. On Tuesday, Peng sat down with Bach and watched American-born Chinese freestyle skier Eileen Gu win gold in the women’s big air. Apparently, the goal is to answer the question that other players and fans around the world have posted online: where is Peng Shuai? “It’s important, I think, for the Chinese Olympic Committee, for the Communist Party and for a lot of people in China to try to show, ‘No, there’s no Peng Shuai case,'” Ventouillac said.

The Women’s Professional Tennis Tour said the interview “does not alleviate any of our concerns” about the allegations she made in November. “Peng was bold in announcing publicly that she had been sexually assaulted by a senior Chinese government official,” WTA chief executive Steve Simon said in a statement. “As we would with any of our players around the world, we have requested a formal investigation into the allegations by the relevant authorities and an opportunity for the WTA to meet with Peng – privately – to discuss his situation.” Ventouillac said Peng “appears to be in good health.” To secure the interview, organized by the Chinese Olympic Committee with the help of the IOC, L’Equipe agreed to send questions in advance and to publish its answers verbatim, in the form of questions and answers. Originally allotted half an hour, Ventouillac said they ended up getting nearly double that and asking all the questions they wanted, beyond the “8 or 10” they had pre-submitted. “There was no censorship in the questions,” he said.

A Chinese Olympic committee official joined in the discussion, translating Peng’s comments from Chinese. The newspaper then called on an interpreter in Paris to ensure the accuracy of the remarks it published in French on Monday. It was his first discussion with non-Chinese media since the indictment. Ventouillac said one of L’Equipe’s goals for the interview was to show Peng face to face that “she is not alone” and that people around the world care about her.

He believes the international support helped protect her during the controversy. Someone less well known outside of China would likely be in jail for such an allegation against a senior official, Ventouillac speculated.

In a lengthy article in November, Peng wrote that Zhang Gaoli, a former vice premier and a member of the ruling Chinese Communist Party’s all-powerful Politburo Standing Committee, had forced her to have sex despite repeated refusals. The post, on her verified account on a top Chinese social media platform, Weibo, also said they had sex once seven years ago and she developed romantic feelings for him. him afterwards. Zhang did not comment on the accusation.

“Initially I buried it all in my heart,” she wrote. “Why would you even want to come find me, take me to your house and force you and me to have sex?” It was quickly deleted from his account. Peng told L’Equipe she deleted it but gave no reason other than to say, “Because I wanted to.” She also said the message was misunderstood.

“Sexual assault? I never said someone sexually assaulted me,” she told the newspaper.

“This message has caused a huge misunderstanding from the outside world,” she also said. “My wish is that the meaning of this message is no longer biased.”