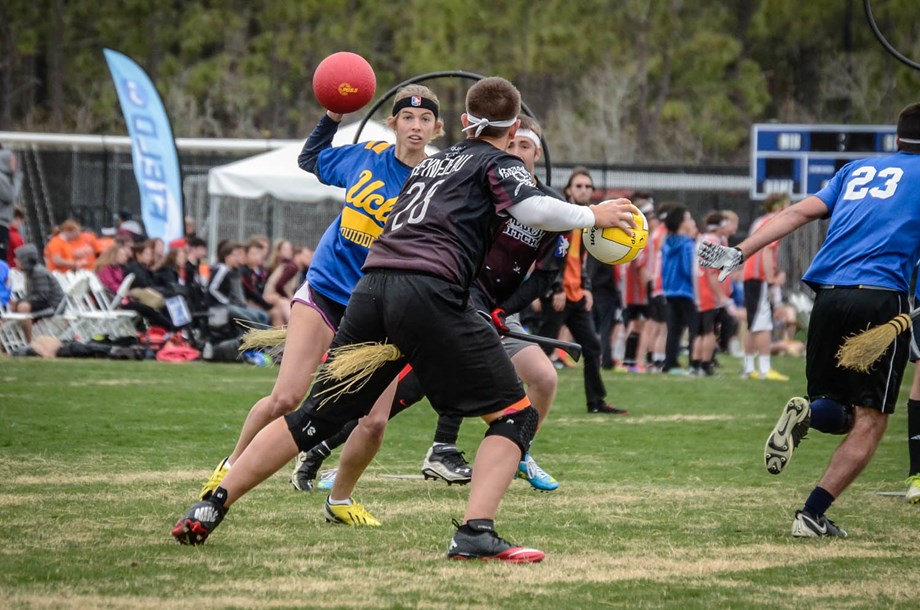 Quidditch, the sport inspired by the game of sorcery in the ‘Harry Potter’ books, will now be known as quadball, its governing bodies have said, a name change intended in part to distance itself from the views of author JK Rowling on transgender issues. In a statement posted on its website on Wednesday, the International Quidditch Association (IQA) said it was joining American Quidditch and Major League Quidditch – now renamed US Quadball (USQ) and Major League Quadball – in adopting the new name after the three bodies previously announced their decision to make the change.

At the time, they cited two reasons: Rowling’s views on transgender issues sparked controversy, and Warner Bros., which was behind the “Harry Potter” films, owner of the “quidditch” trademark. , limiting the expansion of the sport. In 2020, Rowling raised concerns about allowing trans women access to women’s spaces, drawing praise from some women’s rights activists as well as accusations of transphobia, which the author dismissed, from activists. trans.

Chris Lau, Chairman of the IQA Board, said the IQA is “very excited to join USQ and MLQ in changing the name of our sport and supporting this change among our members around the world” . He added: “We are confident in this stage and we look forward to all the new opportunities that quadball will bring. This is an important moment in the history of our sport.”

Quadball, referring to the number of balls and positions in the sport, was chosen following surveys. First introduced in Rowling’s books, the game was adapted to real life in 2005 with two teams of seven running with brooms between their legs in a full-contact sport.

Today, nearly 600 teams in 40 countries play the game, according to the IQA. USQ and MLQ will own the quadball trademark in the United States, the IQA said, adding that it plans to enter into a licensing agreement to use the term.

He said the last international quidditch tournament, the IQA European Games 2022, will be held on July 23-24 in the Irish city of Limerick, with 20 teams from Europe, Australia and Hong Kong.