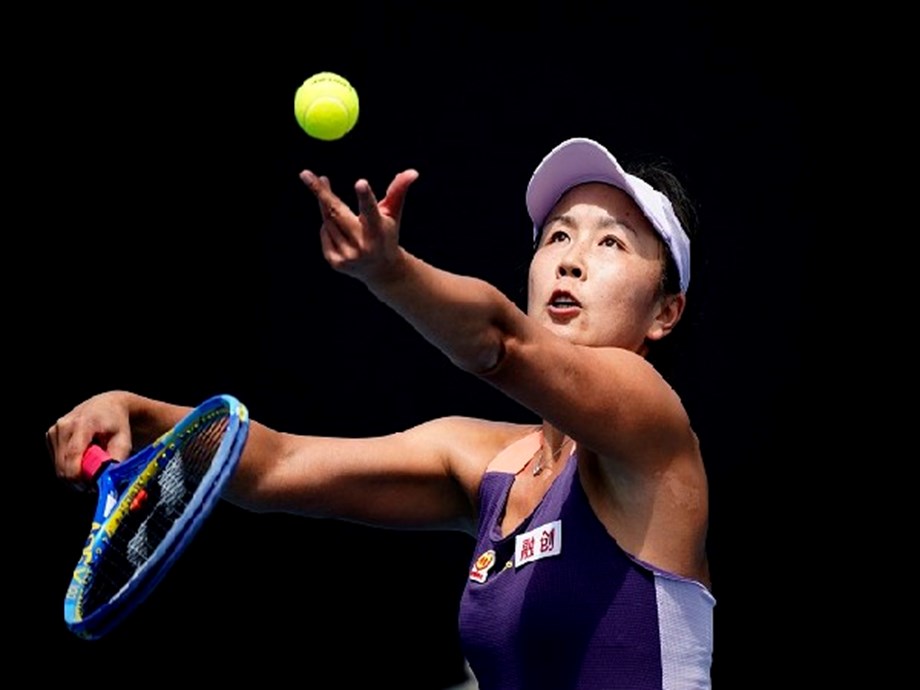 Nothing to see here, go your way.

That’s the message Chinese tennis player Peng Shuai delivered in a controlled interview in Beijing on Monday that touched on sexual assault allegations she made against a former high-ranking member of China’s ruling Communist Party. . His answers – delivered in front of a Chinese Olympic official – left unanswered questions about his well-being and what exactly happened.

The interview with French sports newspaper L’Equipe and the announcement that International Olympic Committee President Thomas Bach met Peng for dinner over the weekend seemed aimed at defusing lingering international concerns about the three-time Olympian and former Olympics player. doubles tennis ranked No. 1. These concerns have threatened to eclipse the ongoing Winter Olympics in Beijing.

Peng told L’Equipe the concerns were the result of “a huge misunderstanding”. But the format of the interview seemed to allow for no sustained follow-up, with questions submitted ahead of time and a Chinese Olympic committee official sitting in the discussion, translating Peng’s comments from Chinese. Much of the hour-long interview, conducted at a Beijing hotel on Sunday and organized by the Chinese Olympic Committee with the help of the IOC, focused on Peng’s playing career. At 36 and after multiple knee surgeries, Peng said she could not contemplate a return to tour-level professional tennis. She hasn’t performed on the women’s tour since February 2020. The newspaper published her comments verbatim — which it said was another interview prerequisite — as a Q&A. Photos of Peng during the interview showed her wearing a red tracksuit top with “China” in Chinese characters on the front.

L’Equipe asked Peng about the sexual assault allegations that sparked controversy in November. The allegations were quickly deleted from his verified account on one of China’s major social media platforms, Weibo. She then dropped out of public view for a while, which led to “where is Peng Shuai?” questions online and from players and fans outside of China.

In her lengthy post, Peng wrote that Zhang Gaoli, a former vice premier and a member of the ruling Chinese Communist Party’s all-powerful Politburo Standing Committee, forced her to have sex despite repeated refusals. Her message also stated that they had sex once seven years ago and that she developed romantic feelings for him afterwards.

The interview with L’Equipe was his first discussion with non-Chinese media since the indictment. She returned to the original post.

“Sexual assault? I never said someone sexually assaulted me,” she told the newspaper.

“This message has caused a huge misunderstanding from the outside world,” she also said. “My wish is that the meaning of this message is no longer biased.” Asked by L’Equipe why the message disappeared from Peng’s account, she replied, “I deleted it.” “Why? Because I wanted to,” she added. The obvious follow-up question of why she posted in the first place was not asked. The IOC also worked on Monday to defuse the situation. He said Bach had dinner with Peng on Saturday, a day after Chinese President Xi Jinping opened the Winter Olympics. The IOC said Peng also attended the China-Norway Olympic curling match with IOC member Kirsty Coventry of Zimbabwe.

Speaking at his daily Olympic press conference, IOC spokesman Mark Adams would not comment on whether the IOC believes Peng is speaking freely or is under duress.

“We are a sports organization, and our job is to stay in contact with it and, as we have explained in the past, to carry out personal and discreet diplomacy, to stay in contact with it, as we have done “, he said. “I don’t think it’s up to us to judge, in a way, just like it’s not up to you to judge either.” He said the IOC could not judge whether there should be an investigation into his initial allegations.

“I think we can say that we are doing everything we can to make sure this situation is as it should be,” he said.

In the interview with L’Equipe, Peng did not directly respond to questions about whether she had been in trouble with Chinese authorities since the post. Instead, she responded with a clumsy response that echoed views often voiced by the Chinese government on sports and politics.

“I had to say first of all that emotions, sport and politics are three clearly separate things,” she told the newspaper. “My love issues, my private life, should not be mixed with sports and politics.” When asked what her life has been like since the November post, she replied, “It’s how it should be: nothing special.” Peng thanked other players who expressed concerns about him. Among them, 23-time Grand Slam champion Serena Williams tweeted “we must not remain silent” in November and called for an investigation. But Peng also expressed puzzlement.

“I would like to know: why so many worries? she asked. “I never disappeared. It’s just that a lot of people, like my friends and among them those from the IOC, sent me messages and it was completely impossible to reply to so many messages. Peng told L’Equipe that a mental health counseling unit at the WTA sent him emails and a text message.

“It was very unfamiliar to me,” she said. “Why would I need psychological help or that sort of thing?”