Organizers cancel fireworks, festivals and sporting events due to drought and heat 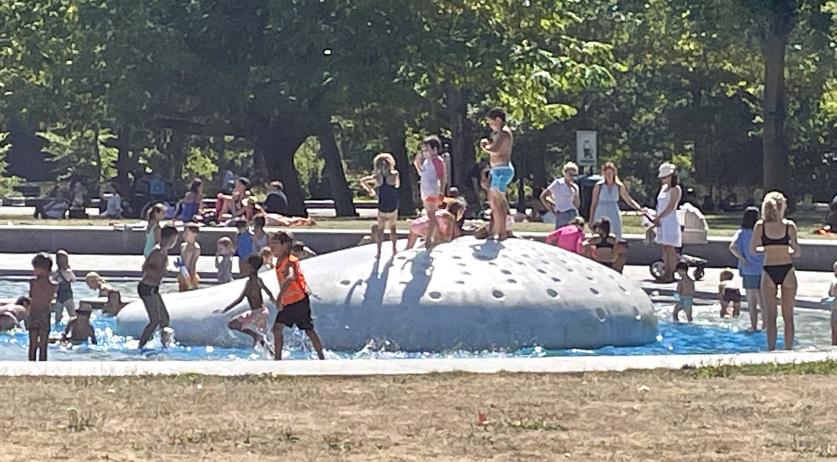 Events around the Netherlands are canceled or changed due to the ongoing drought and recent high temperatures. An official national heatwave is set to be declared this weekend, after five consecutive days of temperatures above 30 degrees Celsius measured in De Bilt, Utrecht.

The thermometer should read 30 degrees in distant Noord-Holland, 31 degrees in Friesland and Groningen, 32 degrees in Utrecht and the eastern region and 33 degrees in the south. Despite overnight temperatures dropping as low as 17 degrees, they are expected to rise above 30 degrees across the country on Sunday.

A fireworks display scheduled to take place on Saturday evening in Leersum, Utrecht has been canceled due to the risk of fire. “Unfortunately, by order of the security region of Utrecht, the fireworks cannot continue. It is not safe due to the drought,” the organizers said.

The fireworks show is part of the annual Bloemencorso Leersum, which has been taking place since 1952. The fireworks were to be staged from a park in Leersum. Due to the risk of fire caused by the fireworks, the municipality has just mowed the entire park.

“Unfortunately mowing the flower field was not necessary,” the municipality of Heuvelrug, which also includes Leersum, said in a Twitter post on Friday.

The Halve Marathon Vlieland, which was to be held on Sunday, has also been cancelled. The organization made the decision in consultation with the Friesland security region and the municipality of Vlieland. It would be the first time the half marathon has been run since before the coronavirus pandemic, but the organization said it would have been irresponsible to put runners and volunteers on the course given the heat. “The persistent heat combined with an easterly wind will lead to excessively high temperatures, especially on the shell paths in the dune area,” the Halve Marathon Vlieland website said.

The Harvest Festival in Oldebroek, Gelderland, was also canceled on Saturday. The party includes inspections of cows, horses and sheep, but the associations involved pulled out due to the heat. Practitioners of old crafts also canceled.

The Bemmelse Paarden Dagen, an equestrian event in Bemmel, Gelderland, will continue on Monday and Tuesday, at least for now. The Monday pony market has been cut short. In this market, which has been held since 1958, animals are sold with a traditional handshake between traders and buyers.

The 255th shooting competition organized by the Catholic Shooting Association South Limburg (RKZLSB) was to take place in Mechelen, Limburg. This event has also been postponed due to the heat. Instead, it will take place next Sunday. “After all, the personal health of all participants and visitors should take priority and that is the reason for this decision,” said the municipality of Gulpen-Wittem.