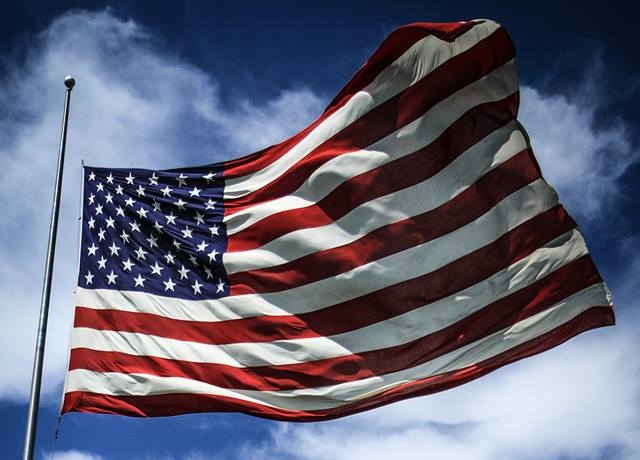 washington d.c. — The leader of a Union veterans organization, the Grand Army of the Republic (GAR), has established Decoration Day as a time for the nation to decorate the graves of the war dead with flowers on May 5, 1868, three years after the end of the Civil War.

On May 30, Decoration Day was declared to be observed by Major General John A. Logan.

The date is believed to have been chosen because the flowers are said to be in bloom across the country.

The first major celebration was held that year at Arlington National Cemetery, across the Potomac River from Washington, D.C.

The ceremonies centered around the mourning-draped veranda of Arlington Mansion, once the home of General Robert E. Lee. Various Washington officials, including the General and Mrs. Ulysses S. Grant, presided over the ceremonies.

After the speeches, children from the Soldiers’ and Sailors’ Orphan Home and members of the GAR marched through the cemetery, sowing flowers on Union and Confederate graves, saying prayers and singing hymns.

The local celebrations claim to be the first Local spring tributes to the Civil War dead had previously been held in various locations. One of the first occurred in Columbus, MS on April 25, 1866, when a group of women visited a cemetery to decorate the graves of fallen Confederate soldiers at Shiloh.

Nearby were the graves of Union soldiers, neglected because they were the enemy. Troubled at the sight of the bare graves, the women also placed some of their flowers on these graves.

Today, cities North and South claim to be the birthplace of Memorial Day in 1866. Macon and Columbus, GA claim the title, along with Richmond, VA. The village of Boalsburg, Pennsylvania says it started two years ago. A stone in a cemetery in Carbondale, IL, bears the statement that the first Decoration Day ceremony was held there on April 29, 1866.

Carbondale was General Logan’s wartime home. About 25 places have been named in connection with the origin of Memorial Day, including many in the South where most of the war dead were buried.

In 1966, Congress and President Lyndon Johnson declared Waterloo, NY the “birthplace” of Memorial Day. There, a ceremony on May 5, 1866 honored local veterans who had fought in the Civil War.

Shops closed and residents waved flags at half mast. Proponents of the Waterloo claim say earlier celebrations in other locations were either informal, non-communal or one-off events.

In the late 19th century, Memorial Day ceremonies were held on May 30 across the country. State legislatures passed proclamations designating the day, and the Army and Navy passed regulations for proper observance at their facilities.

It wasn’t until after World War I, however, that the day was expanded to honor those who died in all of America’s wars. In 1971, Memorial Day was declared a national holiday by an act of Congress, although it is still often referred to as Decoration Day. It was then also placed on the last Monday in May, just like some other federal holidays.

Some states have Confederate observances

North Carolina and South Carolina observe it on May 10, Louisiana on June 3, and Tennessee calls the date Confederate Decoration Day. Texas celebrates Confederate Heroes Day on January 19, and Virginia calls the last Monday in May Confederate Memorial Day.

General Logan’s order for his posts to decorate graves in 1868 “with the best flowers of spring” urged, “We must guard their graves with sacred vigilance.” …Let pleasant paths invite the comings and goings of respectful visitors and loving mourners. Let no negligence, no ravages of time testify to the present or to future generations that we have forgotten as a people the cost of a free and undivided republic.

The crowd attending the first Memorial Day ceremony at Arlington National Cemetery was about the same size as those attending today’s celebration, about 5,000 people. Then, as now, small American flags were placed on each grave – a tradition followed today in many national cemeteries. In recent years, the custom has grown in many families to decorate the graves of all deceased loved ones.

The origins of special services to honor those who die in war date back to antiquity. Athenian leader Pericles offered a tribute to the fallen heroes of the Peloponnesian War more than 24 centuries ago that could apply today to the 1.1 million Americans who died in the nation’s wars: Not only are they commemorated by columns and inscriptions, but there also remains an unwritten memorial of them, engraved not in stone but in the hearts of men.

The commission’s charter is “to encourage the people of the United States to give back to their country, which provides them with so much freedom and opportunity” by encouraging and coordinating commemorations in the United States of Memorial Day and of the National Moment of Remembrance.