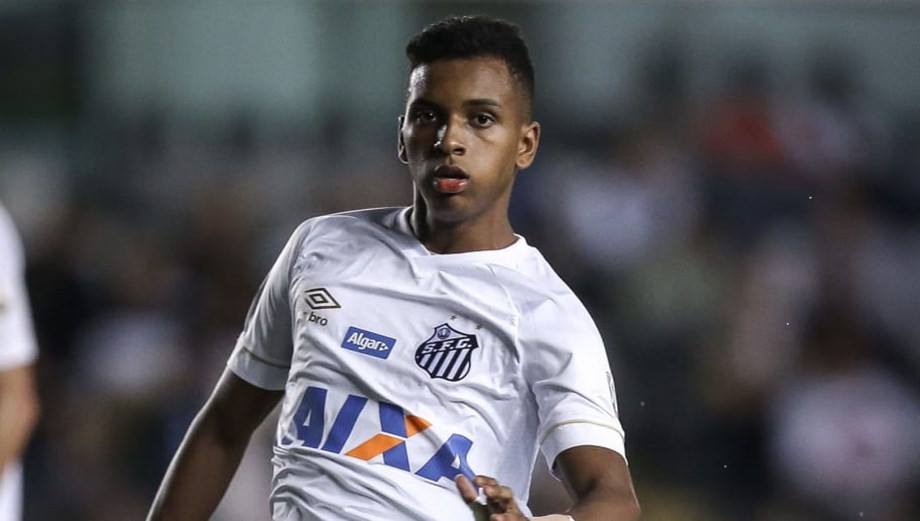 Rodrygo and Vinícius Júnior didn’t hesitate after Real Madrid opened the scoring at the Metropolitano stadium.

The Brazilian duo made their way to one of the corner flags and started doing their samba-like dance moves near the Atlético Madrid fans.

With their young Brazilians not backing down from their dancing, Madrid beat city rivals Atlético 2-1 in the Spanish league to extend their perfect start to the season on Sunday.

Rodrygo and Federico Valverde scored first-half goals as the defending champions won their ninth successive game in all competitions. “Dance wherever you want,” Vinícius wrote on Twitter in a message to Rodrygo after the game, along with a photo of them celebrating the goal. The result re-established Madrid as league leaders after being overtaken by Barcelona on Saturday following the Catalan club’s 3-0 win over Elche for their fifth straight win. Madrid lead Barcelona by two points.

“It was a different game, the derby is always different,” Rodrygo said. “This one was even more special because of everything that happened during the week, and we responded on the pitch.” The build-up to the first Madrid derby of the season had been shrouded in controversy over Vinícius’ dancing during his goal celebration. Vinícius, who is black, had criticized the racist language used by a guest on a television sports talk show about his dances. The 22-year-old striker said his actions were criminalized but insisted he wouldn’t stop showing his happiness on the pitch. Atlético midfielder Koke Resurrección has predicted there could be problems if Vinícius dances again at the Metropolitano, but there has been no major reaction from Atlético players after the Brazilians have danced after Madrid’s first goal. However, Atlético fans did not hesitate to show their displeasure and some threw objects at the Madrid players. Ahead of the match, a video uploaded apparently showed Atlético fans calling Vinícius a ‘monkey’ during chants outside the stadium.

Atletico’s second league loss came despite using Antoine Griezmann from start for the first time this season. Coach Diego Simeone only added the French striker after 60 minutes amid a contract dispute in which Atlético would have to pay Barcelona extra if Griezmann played a certain number of minutes in the season.

Rodrygo was back in the starting lineup to make up for the absence of striker Karim Benzema, who has missed three straight games with a hamstring injury. Rodrygo opened the scoring with a nice one-timer from inside the box after a perfect lob from midfielder Aurélien Tchouaméni on the defense in the 18th minute. Valverde added the lead thanks to the rebound from a Vinícius shot that hit the post on a 36th-minute breakaway after an assist from Luka Modric. Valverde, who scored in three consecutive games, celebrated his goal by doing a yoga pose.

Atlético came closer in the 83rd with a goal from Mario Hermoso, sent off in stoppage time for an altercation with a Madrid player in the area.

Atlético looked more in control throughout but couldn’t threaten much, while Madrid consistently looked dangerous with the speed of Rodrygo and Vinícius up front.

Atlético and Portugal striker João Félix was substituted in the second half with an apparent muscle injury.

LOPETEGUI UNDER PRESSURE Sevilla’s struggles continued with a 1-1 draw at Villarreal, leaving the club close to the relegation zone and increasing the pressure on manager Julen Lopetegui.

It was Sevilla’s seventh game without a win in eight matches in all competitions. He sat just one point clear of the relegation zone after six league games.

Lopetegui, the former Spain and Real Madrid manager, has come under fire for the team’s poor start and many fans have called for a change of command. Sevilla entered the season with high expectations after finishing fourth in 2021-22.

“I’m not going to talk about the future, it’s very complicated,” Lopetegui said. “I can only speak about the present. There is still a lot to play for and we will try to improve and compete.” Sevilla took the lead with an eighth-minute goal from Óliver Torres following an assist from Isco Alarcón, but Álex Baena equalized for the hosts in the 51st. Villarreal were looking for their fourth win in six league games.

BETIS RALLIES Real Betis joined Real Madrid and Barcelona as the only teams with five league wins as they came from behind to defeat Girona 2-1.

Borja Iglesias scored for the hosts in the 15th and 71st minutes, after mid-table Girona opened the scoring with Arnau Martínez in the seventh. GETAFE STAY HOT Getafe won 2-0 against Osasuna at 10 for their second straight win after a poor start to the season.

The hosts played with 10 men from the 43rd after Chimy Ávila was sent off with a direct red card for a gross foul.

SOCIEDAD REBOUND Real Sociedad bounced back from a loss at Getafe by beating Espanyol 2-1 at home with first-half goals from Alexander Sorloth and Brais Méndez.