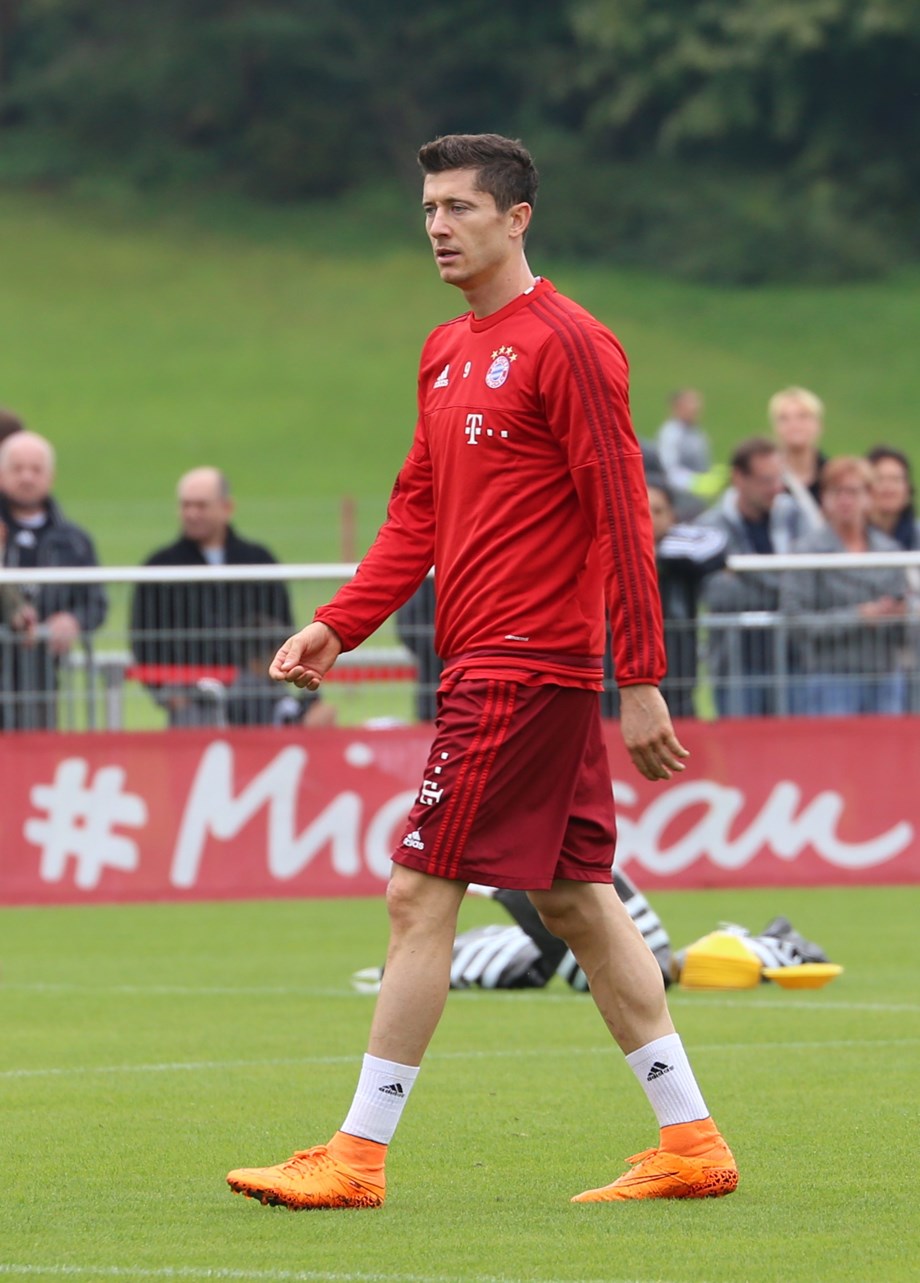 Robert Lewandowski has been voted the best men’s player in the world, retaining the FIFA award he won last year despite not appearing on the ballot cast by runner-up Lionel Messi.

The Bayern Munich forward on Monday overturned last month’s Ballon d’Or result where he finished second to Messi, who eventually led Argentina to a senior title at the 2021 Copa América. Mohamed Salah of Liverpool finished third.

“I’m very honored to win this trophy,” Lewandowski said over a video link from Munich. The trophy was handed over by club officials during the online ceremony held at FIFA headquarters in Zurich on Monday.

Lewandowski was the overwhelming choice of national team captains and coaches as well as selected media in more than 200 countries, but was almost overtaken by Messi, who got more than double the number of votes from fans around the world than the Polish captain. .

All three candidates voted as captains of their national teams and Lewandowski ranked Messi second of his three choices. Salah had Lewandowski and Messi in his top three.

Messi didn’t choose any of his closest rivals in the vote. His first two choices were Neymar and Kylian Mappé, now his teammates since joining Paris Saint-Germain in August.

Lewandowski broke two Bundesliga records by scoring 41 goals for Bayern in their 2020-21 season and 43 in the 2021 calendar year. Both marks had been held since 1972 by another Bayern great, Gerd Müller. “If you asked me a few years ago if it was possible, I would have said no, it’s impossible to score so many goals in the Bundesliga,” said Lewandowski, who has scored four more in two games this year. .

On the women’s side, Alexia Putellas added the FIFA trophy to her Ballon d’Or win. Putellas captained Barcelona to their maiden Women’s Champions League title and teammate Jennifer Hermoso came third in the FIFA vote. The runner-up was Sam Kerr of runners-up beat Chelsea.

Chelsea won the coaching awards in a year when their men’s and women’s teams led by Thomas Tuchel and Emma Hayes reached their Champions League final.

Tuchel again finished ahead of Manchester City’s Pep Guardiola to repeat the result of their European title match. Guardiola finished third after leading City to the English Premier League title and a dazzling lead this season after beating Chelsea on Saturday.

Roberto Mancini finished second in the FIFA vote after leading Italy to win the European Championship.

In an evening of surprises and quirky picks, a global player vote to choose their World XI rosters was curious.

None of the three candidates for the women’s individual award were voted into the best women’s team, which also lacked Barcelona players.

Salah was also missing from the men’s squad roster which had an unusual 3-3-4 formation which allowed for a forward line of Messi, Lewandowski, Erling Haaland and Cristiano Ronaldo.

Ronaldo was also FIFA’s star guest in Zurich. The Portuguese star appeared in person to close the show and receive a special award for breaking the all-time record in the men’s national football team. A long established tradition at the FIFA awards has been extended for another year. Six-time winner Messi and five-time winner Ronaldo both ignored each other on the ballots they submitted. Ronaldo voted for Lewandowski as his number 1.

Two awards have been handed out to Denmark for the in-stadium reaction to national team star Christian Eriksen’s collapse from cardiac arrest during a European Championship match in Copenhagen.

The FIFA Fair Play Award was given to the Danish players and medical staff who protected and treated Eriksen. The top fans award was shared by Denmark and Finland, whose supporters chanted Eriksen’s name as he was treated on the pitch before it was clear he would recover.

The Puskas Award for Best Goal went to Erik Lamela for the rabona flick he scored for Tottenham against Arsenal in the Premier League in March.

The best goalkeeper awards were won by Chelsea’s Edouard Mendy and Chile’s Christiane Endler, who left PSG for Lyon during the off-season.