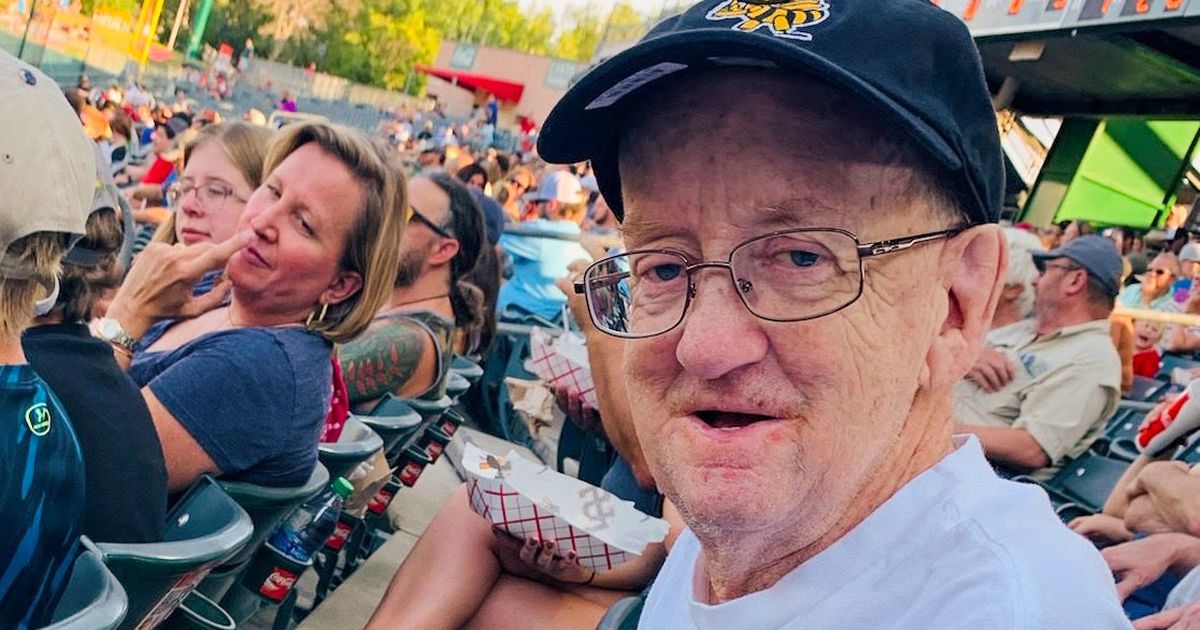 If you’ve attended a high school football or basketball tournament in the state of Utah in the last three or four decades, chances are you’ve met Johnny Burt.

The short, skinny, bald, bespectacled man with a cantankerous sense of humor and an infectious smile was an ubiquitous presence at Utah High School Activities Association events for more than 30 years, serving as a volunteer, doing everything, from handing out stat sheets to sweeping floors after the game. Along the way, he endeared himself to athletes, coaches, referees, statisticians, parents, fans and everyone in between.

Burt died Wednesday morning of liver failure at the age of 66.

He was born with phenylketonuria (PKU), the buildup of an amino acid called phenylalanine in the body that can cause learning disabilities. The incurable disease is very rare, with fewer than 20,000 cases in the United States per year.

Burt grew up in South Salt Lake, but spent much of his life in Sandy. While cared for by his brother Doug and sister-in-law Peggy, he was a longtime employee of Murray’s Parks and Recreation Department, lived alone until the past two years and was a master at navigating transit but also able to drive until about six years ago, according to Salt Lake Community College athletic director Kevin Dustin, who has been Burt’s friend for about 40 years.

“He was born with some limitations, but he survived pretty well, and he did so in large part by being embraced by so many in the community, especially in the sports world,” Dustin said. “He bonded with people at sporting events. He just became a very endearing personality.

A Utah legend and dear friend passed away this morning. Many of you will remember Johnny Burt from hundreds of sporting events. RIP my little friend.

Indeed, Burt loved the camaraderie of sports and so became something of a game-watching addict.

More than once, Dustin recalls, he would get several calls a day from Burt, letting him know he was leaving a hockey game to attend an amateur softball game for 8-year-olds, after which he was going. at some high school game or whatever.

And while Burt also appeared in games for the Salt Lake Bees and Utah Grizzlies, those were the high school sporting events where he was best known.

“He was kind of a legend in state competitions, especially basketball and football – it seemed like he was always around,” said Tom Wharton, a former Salt Lake Tribune writer who covered the high school sports tournaments for more than half a century. “The [UHSAA] usually made him jump from stats to [writers], which was especially a big job if we were at the Huntsman Center and working in the upper press room. He was kinda teasing – you’d want to get the stats, because you were on schedule, and he’d kind of take them away from you, you’d try to grab [the stat sheet] and he took it off. And then he just had this big contagious smile like he was having a good time. You’ve hardly ever seen him not smile.

Although Burt was having a great time, he also took his volunteer responsibilities very seriously.

Dustin, who worked for UHSAA, laughingly recalled the one time he mindlessly went handing out stat sheets to members of the media, only to have a furious Burt confront him and remind him that it was. was his work.

In 2018, Burt was honored by the Activities Association upon his “retirement” from volunteering “after more than 30 years of service to Utah students.”

“The passion for high school sports is what unites our communities, and Johnny certainly had that passion,” UHSAA executive director Rob Cuff said in a statement Wednesday. “Johnny’s life has been marked by an inordinate amount of hardship and struggle, but the same passion he showed for high school pursuits enabled him to overcome the many adversities he faced during his life. Our thoughts and condolences go out to all his family and friends during this difficult time. »

Dustin first met Burt in 1983 while working as an assistant basketball coach at Alta High, and Burt was the “team manager”. Because Dustin befriended him then, Burt remained a constant part of his life over the years, even though he moved to Cache Valley and then returned to the Salt Lake Valley to work for the UHSAA and the SLCC.

“Never a day has passed [I didn’t hear from him]. In fact, if 5 a.m. rolled around and I hadn’t gotten a call from Johnny, I would start to worry,” Dustin said. “Usually he would call me five, six, seven times a day.”

Despite his cognitive disability, Burt apparently had an innate gift for making lifelong friends. Dustin recalled going to Burt’s 60th birthday party thinking there would be a few people there, only to discover a line of people waiting to greet him that took 30 minutes to navigate.

“What he really enjoyed was interacting with people. And when people recognized him, when they called him by name, he instantly became a friend of theirs,” Dustin said. “He was very loyal…once you helped him, once you recognized him or recognized him in any way, you had a friend for life.

“…They broke the mold with him.”