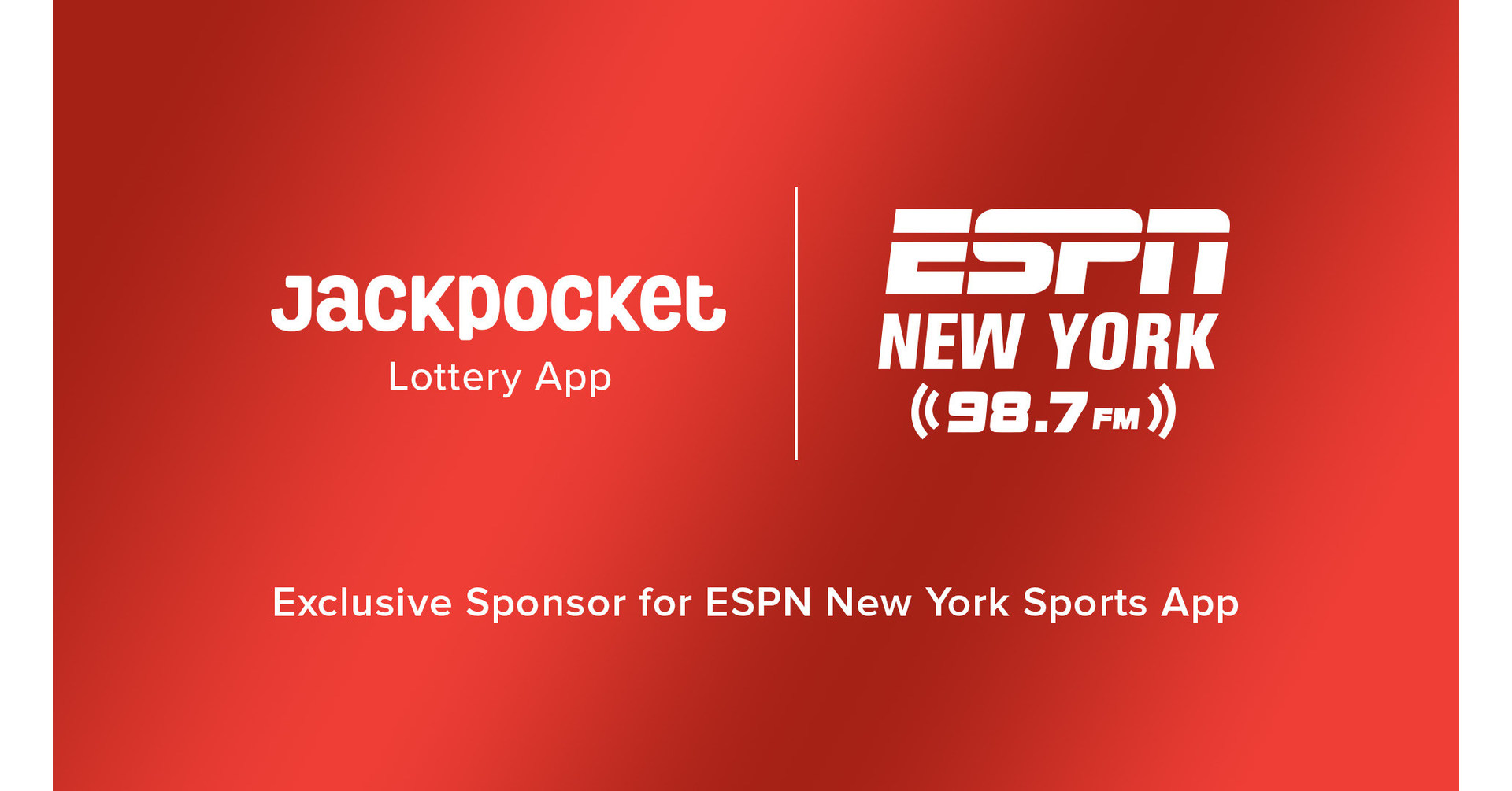 “Our new partnership with ESPN New York couldn’t have come at a better time as the summer sports season heats up,” said Jackpocket’s Founder and CEO. Peter Sullivan. “ESPN is an iconic brand, and its popularity in the tri-state area is something local fans always rely on for the best and most comprehensive coverage of New York’s famous sports teams.”

ESPN New York is the home of all things New York sports, including play-by-play action for the city’s major professional teams. The partnership is Jackpocket’s largest sports broadcast promotion, having announced previous deals with local New York teams like the Dishes and the Jets.

“We are thrilled to partner with Jackpocket. The addition of the Jackpocket sticker to the ESPN New York app creates an intersection between sports and gaming, while providing a unique and convenient way to serve our fans,” said Vinny DiMarco, Market Director, ESPN New York. He continued, “We look forward to the future of the partnership as it continues to evolve with event activations and content integration.”

This latest deal adds to Jackpocket’s growing list of relationships with major sports brands like the NFL, NBA and NHL. Jackpocket became the #1 free app on the App Store in the recent historic Mega Millions draw and has reached one million individual users who have ordered winning tickets on the app to date.