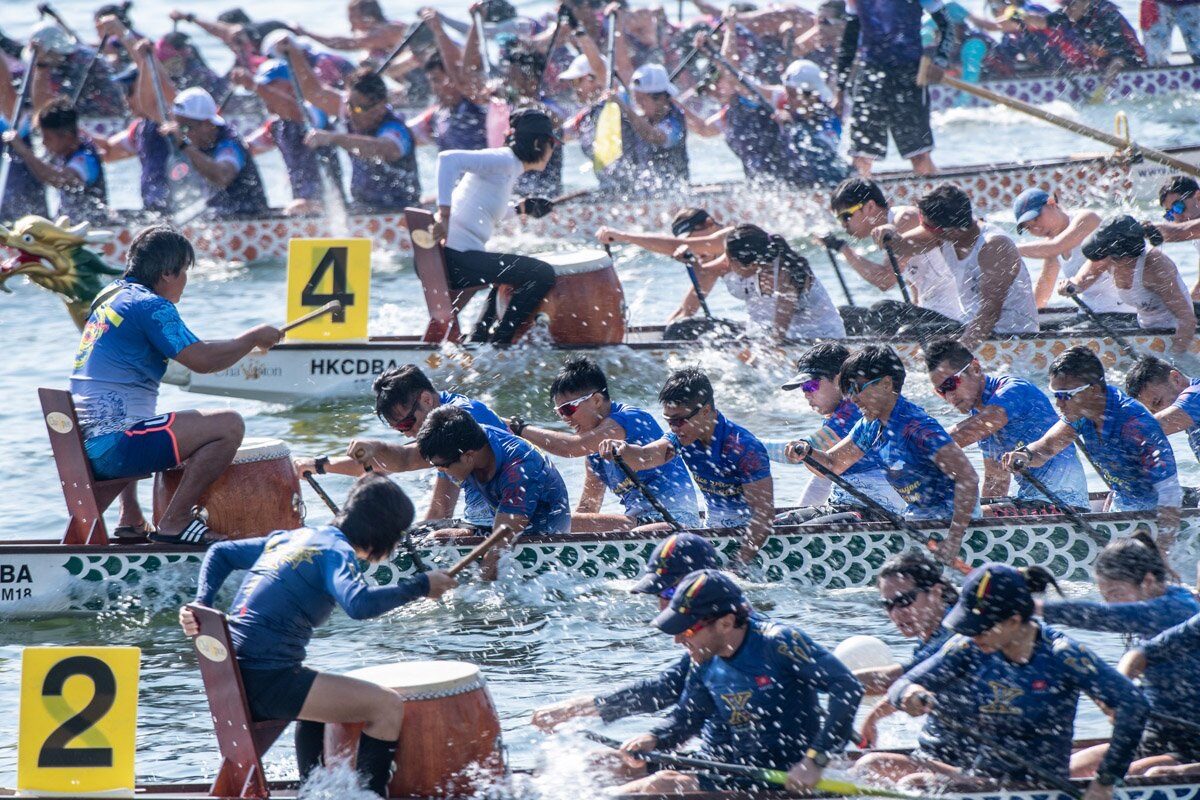 The organizer of the Standard Chartered Hong Kong Marathon, a major sporting event in Hong Kong, announced on September 16 the cancellation of this year’s event, citing the long wait for approval from the Hong Kong government. Meanwhile, the Standard Chartered Singapore Marathon is being heavily promoted and the World Dragon Boat Racing Championships will be held in Thailand instead of Hong Kong next year. Hong Kong’s anti-epidemic policy has already driven talent out of the territory as well as international events.

The news was brought to the attention of Bernard Charnwut Chan, a former unofficial Hong Kong Executive Council organizer, who pointed out that while the government could not provide a clear timetable for the reopening of the border to international tourists, the international sporting events may not return to Hong Kong and will be held in other regions.

Hong Kong Association of Athletics Affiliates (HKAAA), the organizer of the Standard Chartered Hong Kong Marathon, announced that in view of the latest pandemic situation in Hong Kong, they have not yet received notice of approval from the event, he had therefore decided to cancel the marathon originally scheduled for November 20. It is now postponed to February 12, 2023.

The HKAAA explained that since it was only two months before the original event date, they had yet to receive government approval to hold the event, and runners and stakeholders might not have enough preparation time, so they decided to cancel the event.

Kevin Yeung Yun-hung, Hong Kong’s secretary for culture, sports and tourism, was wide awake at the time. He said he had just learned that HKAAA had canceled the event in the evening when the announcement was made and that he asked his colleagues to understand the situation and “see if there is any other something that needs help”.

Kenneth Fok Kai-kong, member of the Legislative Council for the functional constituency of sports, performing arts, culture and publishing, regretted the cancellation.

He also revealed that many sports associations have recently asked him for help, expressing that he is still full of uncertainty about holding their events next year.

He hopes the government can announce clear guidelines as soon as possible so that organizers can have enough preparation time and make good use of sporting events to promote Hong Kong’s recovery.

HKAAA also canceled the “Hong Kong 10K Championships 2022” in August, as the race quota had been drastically reduced by the government.

At that time, Kenneth Fok questioned the scientific basis for the government’s tightening of the number of participants to 500, and he blamed the government for making the sports sector embarrassing.

He had already raised concerns at the time about whether the Standard Chartered Hong Kong Marathon and Hong Kong Sevens would not go ahead successfully.

As part of the government’s latest anti-epidemic measure, his worries have come true.

On the other hand, Singapore is promoting the Standard Chartered Singapore Marathon, which will be held in early December, with the slogan “The Marathon is back”.

An article in the Hong Kong Economic Journal revealed that the internal workings of the government were “completely unaware” of the cancellation of the Standard Chartered Hong Kong Marathon which was made solely by HKAAA, because the submission of the request by HKAAA had been passed on to Eric. Chan Kwok-ki, Chief Secretary of Hong Kong Administration, for his stewardship a week ago.

There was an initial internal discussion among senior officials to support the event being held as planned; however, the organizer did not set a deadline and suddenly said “no” without any question or dissatisfaction.

The article also quotes sports industry professionals as saying that HKAAA may already be considering attendance numbers as a “break-even point,” to avoid losing money.

The end of the article also pointed out that it “didn’t seem like a coincidence” that the aforementioned financial summit and marathon, both due to be held in November, were in competition with Singapore.

He believed that if the Hong Kong Rugby Sevens competition could not take place in November, “the script for telling good Hong Kong stories would be poor”.

Chau Sze-tat, the news commentator, analyzed in his online show that the government had never been so efficient and questioned the fact that HKAAA was in fact not “willing” to organize the Standard Chartered Hong Kong Marathon, and they just canceled the event without negotiating with the government.

Moreover, unlike Singapore, where there are no anti-epidemic restrictions, the Hong Kong government must implement “anti-epidemic measures”, putting on a show on a pretentious scale.

For example, it is reported that runners must have three vaccination doses and a negative PCR test result within 48 hours. They must also follow the Hong Kong health code system’s “yellow code” for travelers which will bar them from entering bars and restaurants for seven days after arriving in Hong Kong.

Chau said maybe “HKAAA doesn’t want to be the bad guy” and “don’t compromise to be part of the show on a pretentious scale,” and even if the event had happened, many runners would have been put off. to join the event, as the current quarantine arrangement of “3+4” (three days of hotel quarantine and four days of home monitoring) for incoming foreign tourists will not attract as many foreign runners as per the past.

And on reflection, the organization of the marathon “may lose money”, so the long wait for government approval is just an excuse to put the event on hold.

Chau further pointed out that the financial summit and the Hong Kong Sevens, to be held in November, aim to show the world that Hong Kong “is back to normal.” But as part of the promotion strategy, members of the Legislative Council of Hong Kong have been sent to ASEAN countries to promote “good stories of Hong Kong”, but even the Marathon must be canceled, “how Hong Does Kong resume normally?”

In addition to the above events, the International Dragon Boat Federation had also decided not to hold the event in Hong Kong.

The Federation said that the current quarantine and isolation arrangements in Hong Kong are stricter than those in other regions, therefore, they had decided to hold the World Dragon Boat Racing Championships in Thailand next year. next instead of Hong Kong, which was the original place.

If Hong Kong fails to provide a roadmap for reopening borders to international tourists in a timely manner, he fears that more international event organizers will change event venues to other regions and that ‘they won’t come back to Hong Kong next year.