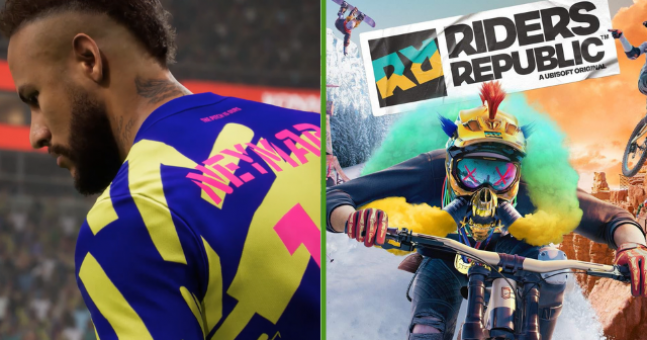 Which got us thinking, what other sports games are expected to be released soon? Usually, the end of a year is loaded with big releases.

So if you’re waiting for new editions like PES or FIFA, or even something more specialized, here are all the releases to watch out for.

This is the end of the namesake Pro Evolution Soccer, as PES has now rebranded “eFootball”. The new game is now free and uses Unreal Engine 4 for the first time.

What can we expect? It’s unclear whether eFootball will have the rights to all teams and leagues, but they have guaranteed the resemblance of teams such as Barcelona, ​​Bayern Munich, Juventus, Manchester United and Arsenal.

eFootball was released a few days before FIFA, and the free-to-play nature is obviously an effort to create its niche in the market. You will be able to play a number of game modes, with cross-platform usage betting on success.

The highly anticipated new version of FIFA will be released on October 1. It launches a new “Hyper Motion” technology to make this version as realistic as possible.

People know what to expect from FIFA lately. FUT or Ultimate Team is a huge draw to the game, with the classic career mode and a teased online career mode.

In FIFA 22, you can expect even more teams and stadiums, as well as the ability to build your own club from scratch; the badge and the kit in the colors of the stadium and the house. To find out more, we’ve got everything you need to know about FIFA 22 here.

Much fun can be had from the NHL game franchise over the years. This year’s iteration will see “Dual Entitlement” to be able to play between Playstation and Xbox consoles.

The NHL 22 game will see the use of a new “Frostbite” engine to provide better graphics and overall realism. There is also a “Superstar X-Factor” feature to customize your own player.

Overall, this game aims to make the game run smoother, with better hitting, passing, and blocking moves. It will also feature the new Seattle Kracken franchise in the league.

October 28 – Republic of the Cavaliers

This could be a first for most, unless you are following gaming channels or posting articles. ‘Riders Republic’ is like a hybrid of SSX, BMX and .. skydiving? It’s a big bag of tricks.

The five main sports of Riders Republic allow players to mountain bike, ski, snowboard, wingsuit fly, and wingsuit fly rocket (whatever it is) in a multiplayer game scenario.

You go up against over fifty other people online in a Fall Guys type of racing that feels like total mayhem. The backdrop is a multitude of American national parks like Yosemite and Mammoth. Looks like it’s worth the trip.

With this game not scheduled for release for almost two months, we don’t know too much about the latest edition of Football Manager. If we go by last year, there will be hope for further improvements this year.

Last year’s game saw the introduction of much more statistically heavy content like xG data and match analysis. The graphics related to the gameplay have also seen a big improvement.

An unfortunate absence from this year’s game concerns the rights of Manchester United, who may be known simply as ‘Man U’ in the game. Gaming experts expect more details to be revealed in late September.