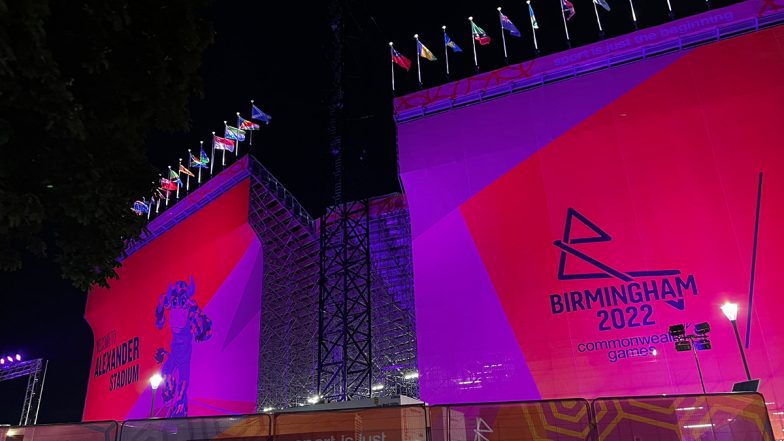 The 2022 Commonwealth Games, commonly referred to as the Birmingham 2022 Games, is an international multi-sport event to be held in Birmingham, England from July 28 to August 8, 2022. Athletes from all 72 Commonwealth nations will participate in this event and compete in 280 events in 20 sports in hopes of making history and winning medals for their country. The Birmingham 2022 Games will see the return of cricket for the first time since 1998 Kuala Lumpur Games. This time the sport will be played in the women’s T20 format. Moreover, Basketball 3×3 and its counterpart Wheelchair Basketball 3×3 as well as Para Table Tennis have been included. A total of 20 sports will be hosted at the Birmingham 2022 Games along with their subcategories. Here is a list of sporting events that will be featured at the 2022 Commonwealth Games from July 28 to August 08, 2022. India at Commonwealth Games 2022: List of athletic Indian athletes who will compete in CWG.

Both diving and swimming sub-categories will be hosted at the purpose-built Sandwell Aquatics Centre. The diving is scheduled from August 04 to 08 while the swimming will take place from July 29 to August 03.

It is one of the core sports of the Commonwealth Games, appearing in each of its editions. There will be a total of 58 events, including para-athletics events. The sport will be staged at Alexander Stadium in Birmingham.

Both sports are making their first-ever appearance at the CWG. The basketball tournaments will be held at the temporarily constructed Smithfield Stadium from July 29 to August 02.

​This is the sport’s second appearance at the Commonwealth Games after the 2018 Gold Coast. It will be hosted at Smithfield Stadium.

​Boxing is one of the core sports practiced at the CWG. The sport consists of 16 different weight classes for men’s and women’s events. All matches will take place at National Exhibition Center (NEC).

​At the 2022 Birmingham Games, cricket will make its second appearance as this time the women’s T20 format will be played. It will be held at Edgbaston Cricket Ground. The Men’s List A tournament was held at the Kuala Lumpur Games in 1998. Cricket at CWG 2022 Schedule for Free PDF Download Online: Get Commonwealth Games Women’s T20 Fixtures, Time Table With Match Timings in IST and Venue Details.

​It has three sub-categories, mountain biking, track cycling and road cycling. A total of 26 events will be played across the three subcategories. The events will take place at Cannock Chase Forest, Lee Valley Velopark and Warwick’s Myton Fields respectively.

​Artistic and Rhythmic Gymnastics will be held at Arena Birmingham and will take place over 20 different events from July 29 to August 06, 2022.

​This will be the seventh edition of hockey after its debut at the 1998 Games Kuala Lumpur Games. Men’s and women’s hockey will take place at the outdoor grounds at the University of Birmingham from 29 July to 08 August. Hockey at CWG 2022 Schedule for Free PDF Download Online: Get Commonwealth Games Men’s Hockey Fixtures, Time Table With Match Timings in IST and Venue Details.

The sport was reinstated this year after being barred from the Gold Coast 2018. It will be held at Covered site of Coventry Stadium & Arena.

​This is the sporting event’s 21st appearance at the Commonwealth Games after being ruled out at the 1966 Games. Competition will take place between 29 July and 06 August. The events will take place at Victoria Park bowling greens in Leamington Spa.

​As with hockey, this will be the seventh edition of netball at the CWG following its inclusion in the 1998 Games. It will be hosted at The Arena of the National Exhibition Park from July 29 to August 07.

​It has been included in all editions of the Commonwealth Games since its debut at the Manchester Games in 2002. It will be played for lightweight and heavyweight categories for men and women each. The competition will take place at the National Exhibition Center.

​Rugby 7s will be held at Coventry Stadium for both men and women. It will be held from July 29 to July 31, 2022. Commonwealth Games 2022 Live Online: Get Free CWG TV Broadcast Details in India.

​A total of 5 events will be played in squash from July 29 to the final of the Games. It will take place at the University of Birmingham with hockey.

​Table tennis was first introduced to the CWG at the Manchester Games in 2002. This will be the sport’s sixth edition while para table tennis will make its debut at the Birmingham Games in 2022. table will take place at the National Exhibition Hall 3.

Triathlon and para-triathlon (for Athletes with a Visual Impairment – ​​PTVI) will take place along the courses that cross Sutton Park and Sutton Coldfield. It is scheduled for July 29 and 31.

It will take place at the National Exhibition Hall 1 from July 30 to August 3. There will be 16 events for the sport in eight weight classes for both men and women.

This will be the 19th time wrestling has been included in the Commonwealth Games. The sport will consist of 12 combined categories for men and women. It will be held on August 05 and 06 at Coventry Arena.

(The story above first appeared on LatestLY on July 25, 2022 at 11:25 p.m. IST. For more news and updates on politics, world, sports, entertainment and lifestyle , log in to our website latestly.com).