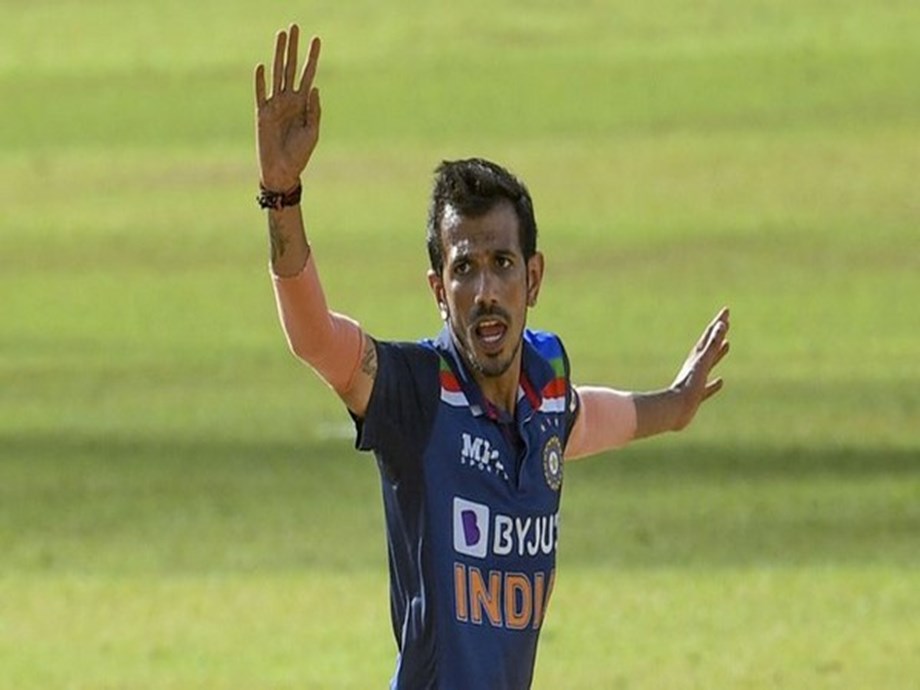 Yuzvendra Chahal had promised to recreate his signature pose from the 2019 World Cup if he did anything special in the Indian Premier League. So when the Rajasthan Royals spinner scored his first career hat-trick, he knew exactly what to do. Falling to the ground as his teammates rushed to celebrate their win over the Kolkata Knight Riders, Chahal casually crossed his legs, propped himself up on one elbow and grinned broadly.

Jos Buttler’s second century of the season had propelled Rajasthan to a formidable 217-5 at Brabourne Stadium, but Kolkata were on course to catch them at 178-4 in 16 overs. Chahal then turned the game around with a four wicket, dismissing rival captain Shreyas Iyer, Shivam Mavi and Pat Cummins on successive deliveries to register his first hat-trick.

The 31-year-old jumped for joy before striking the same pose that went viral at the 2019 World Cup, when he was pictured lying near the border while his teammates worked on the pitch. “It was a great feeling, I’ve never scored a hat-trick in my career,” Chahal, whose 5-40 finish won him man of the match, told the tournament website.

Asked about the celebration, Chahal said: “This is my favorite World Cup 2019 meme. “It’s very special to me. I had decided that whenever I would do something special, like take five wickets, I would do it.”

As the season’s top wicket-taker, Chahal has the “purple cap” for his 17 wickets in six matches. Released by Royal Challengers Bangalore before the start of the season, Chahal made an instant impact for second-placed Rajasthan behind Gujarat Titans.

Chahal had bled 38 runs in his first three overs but derailed Kolkata’s pursuit in the closing stages, especially with his dismissal of Iyer (85), who looked determined to get Kolkata over the line. “I knew I had to take wickets in there to change the game,” Chahal said.

“So I decided to play wider, mix up my deliveries and go further on that wicket.”