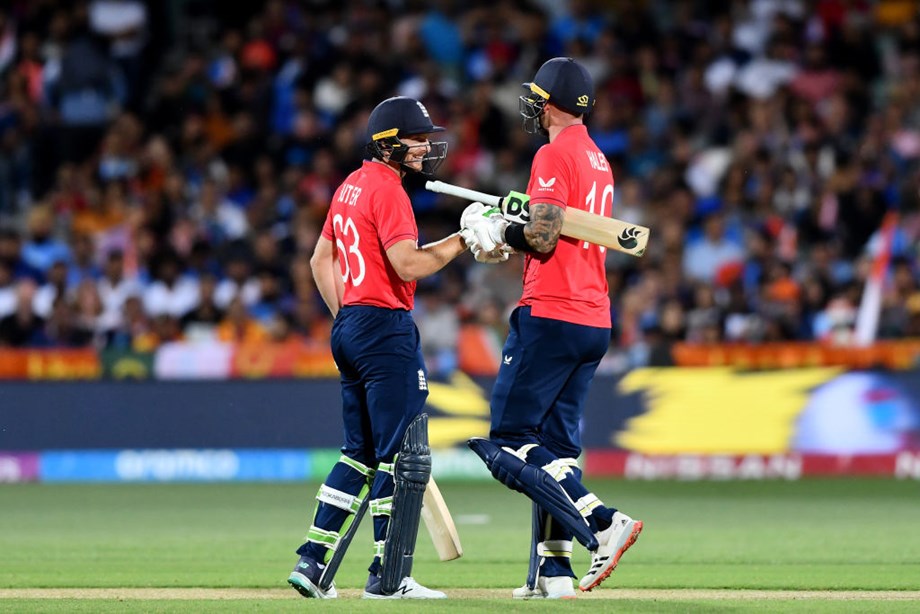 Local media, fans and former cricketers didn’t hold back after India were kicked out of the Twenty20 World Cup on Thursday, with Rohit Sharma’s side labeled ‘no clue’ and ‘out of it’. their reach” after the 10-wicket loss to England. England fly-half Alex Hales (86) and skipper Jos Buttler (80) chased 169 for the win with four overs to spare, extending India’s hunt for a second title to add to their inaugural World Cup victory world T20 in 2007.

“India have no idea the ball. Hales and Buttler are too good for this Indian attack,” former fly-half Virender Sehwag wrote on Twitter. The Times of India newspaper said the defeat would not be easily forgotten. “This humiliation will last for years,” he added. An editorial from the Indian Express website was headlined, “Why old school Team India is outdated in the modern game.”

Fans of the Indian team reacted in dismay, with Anand Mahindra, chairman of Indian conglomerate Mahindra Group, tweeting that the “way of losing” hurts more than defeat. “I decided to watch cricket after forever. I regret this decision,” said Twitter user Pawan Khera, a member of the Indian Congress party.

“Every player in the world who goes to the Indian Premier League says how it improves their game, but what have India ever delivered?” Former England limited overs captain Eoin Morgan told Sky Sports the match looked like “a big boxing fight but at two different weight classes”, while Nasser Hussain said India were “a lot too shy” in his Daily Mail column.