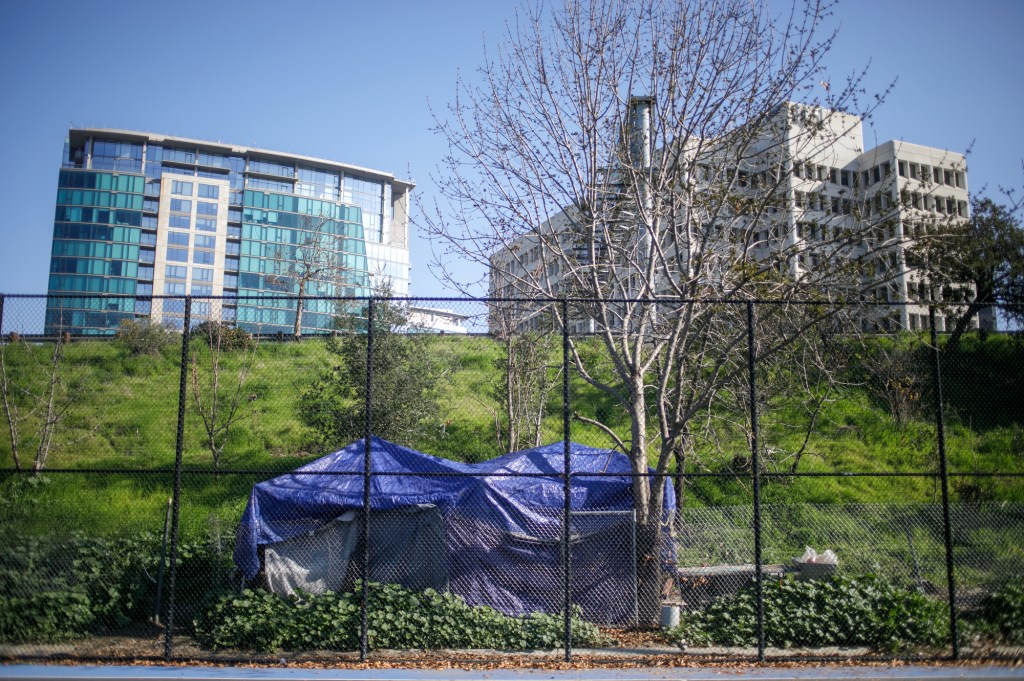 California voters could legalize sports betting this year while taking a big step forward in the state’s fight against homelessness.

Four sports betting measures proposed for the November ballot could bring in tens to hundreds of millions of dollars a year in taxes, licensing fees and other contributions. Three promise to dedicate at least a portion of that revenue to homelessness and mental health programs, creating California’s first ongoing revenue stream to target the crisis on our streets. Several big-city mayors — including Oakland’s Libby Schaaf — are already lining up behind the proposal that could raise the most money to help the Bay Area’s nearly 30,000 homeless residents.

All but one of the initiatives have yet to qualify for the ballot, but if they do, they will face a potentially fierce battle as deep-pocketed gambling interests battle for control of the lucrative new market. And backers will have to contend with voters who may be skeptical of the betting industry’s ability to make a meaningful dent in the deep-rooted problem of homelessness.

Supporters of the Schaaf-backed California Solutions to Homelessness and Mental Health Support Act have raised $100 million and garnered more than 25% of the roughly 1.1 million signatures they need in the spring to qualify for the ballot .

“Unfortunately, we have a huge problem with homelessness in California. And it’s become a permanent problem, and we need a permanent source of funding for this,” said Kurt Oneto, campaign counsel supporting The initiative is backed by sports betting companies including FanDuel and DraftKings, which would reap significant financial benefits if adopted.

The United States Supreme Court ended the federal ban on sports betting in 2018, opening the door for states to legalize the practice. About 30 states have taken this step so far. Although many Californians are already betting on sports in unregulated forums, lawmakers have failed to come up with a plan to legalize the practice and unite the state’s diverse gambling interests. As a result, voters may have to navigate competing and confusing measures.

Gambling operations for years garnered public support by pledging money to social causes – like the lottery, which won over Californians in the 1980s by pledging to help fund public education. But while the lottery funnels billions into schools, it has by no means been the magic bullet to fix our education system. Voters know this, and they know how difficult homelessness is to solve, said Jack Pitney, professor of politics at Claremont McKenna College. This could make it more difficult to adopt measures on sports betting.

“I wouldn’t take that as a safe bet,” Pitney said.

Even so, experts say the extra funding would help. According to the US Department of Housing and Urban Development, more than half of all outdoor sleepers in the United States live in California. The state has relied on recent budget surpluses to address the massive problem of one-time grants, including $12 billion last year and another $2 billion proposed this year. But experts want continued funding that allows aid organizations to run long-term programs without worrying about whether their money will dry up.

“We cannot continue to work on the edges here and provide short-term solutions to a problem that has been brewing for decades,” said Christopher Marin, policy director at advocacy organization Housing California.

In 2020, lawmakers tried unsuccessfully to establish a long-term funding stream for homelessness. Last year they tried and failed again with a bill that proposed to raise corporate taxes.

The California Solutions to Homelessness and Mental Health Support Act would allow online sports betting facilitated by Native American tribes or betting operators who contract with them. Operators would be charged licensing fees and taxed on bets, raising sums of up to “hundreds of millions of dollars a year,” according to the Office of the Legislative Analyst. Of the money raised, 85% would go to homelessness and mental health programs, and 15% would be distributed to Native American tribes not involved in sports betting.

A competing measure that would also raise funds for homelessness and mental health paves the way for online and in-person sports betting run solely by Native American tribes. It is supported by several tribes, including the Federated Indians of Graton Rancheria, which operates a casino in Rohnert Park.

“We believe this measure represents the best way forward for online sports betting for California, its tribes, people and communities,” wrote Roger Salazar, spokesperson for Californians for Tribal Sovereignty and Community Safety. games, in an emailed statement.

But how much he would raise is “highly uncertain,” according to the Office of the Legislative Analyst. Indeed, under California law, Native American tribes generally cannot be taxed or required to donate money to the state.

A third measure on the ballot would allow California cardrooms to get involved in sports betting, while also allowing online betting. Tax revenues would be split between education, homelessness, affordable housing and mental health programs.

The fourth — the only initiative already qualified for the November ballot — would allow Native American tribes and racetracks to offer in-person sports betting. Most of the funds raised by taxing operators would go to the general state fund. The measure does not concern online betting.

“It’s not the complete solution,” she said. “The resources that will be generated if this passes are just the beginning of what we really need to scale the solutions to address homelessness and housing insecurity across the state. But I think that puts a line in the sand.