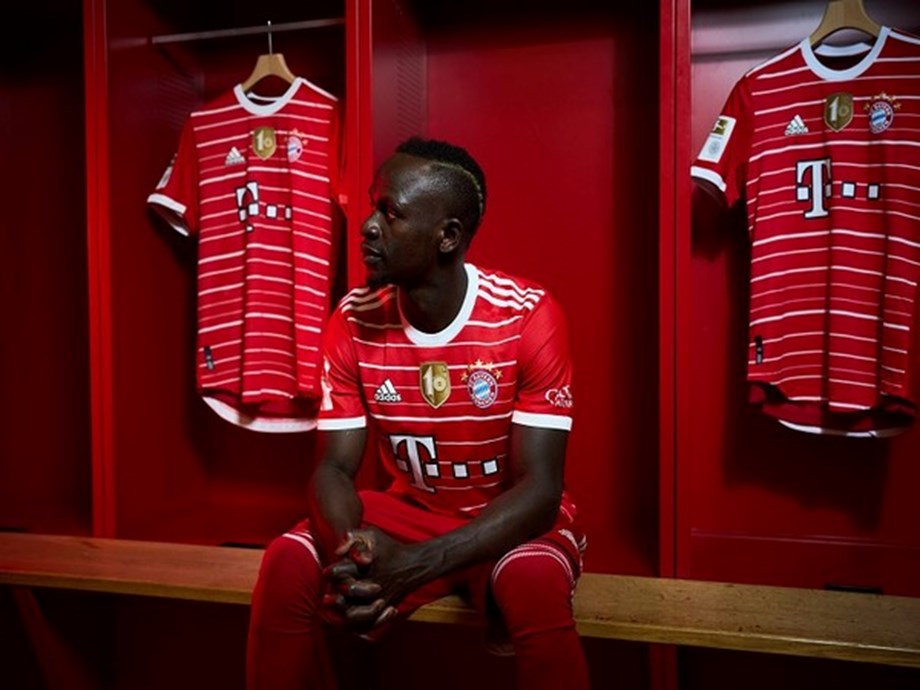 Sadio Mane will wear number 17 at FC Bayern Munich, the Bundesliga club announced on Monday. The new signing opted for this squad number after considering the available options. Last week, the versatile striker signed for the record-breaking German champions until June 2025.

Sadio Mane said in a statement: “I have chosen 17 of FC Bayern’s free shirt numbers and I aim to celebrate many successes with my team and this number. Now I am really looking forward to starting the preparations for the season with my new team-mates very soon.” The Mane jersey with the number 17 will be available in all FC Bayern stores and on the online store from Tuesday. So far, the number 17 of the German record champions has been worn by, among others, two-time treble winner Jerome Boateng, former captain Mark van Bommel, Christian Ziege and Thorsten Fink.

Mane left Génération Foot in his native Senegal at the age of 19 to join Metz in France. After spells at RB Salzburg, where he won the Austrian Bundesliga title, and Southampton, in 2016 he signed for Liverpool, with whom he won the Champions League, UEFA Super Cup and Cup FIFA Club World Cup in 2019. He also played a leading role in the English giants’ long-awaited Premier League title in 2020. Last season, Mane won the EFL Cup and FA Cup, in addition to be a Champions League and Premier League finalist. The striker made a total of 269 competitive appearances for the Reds, scoring 120 goals.

He also scored 31 goals in 89 appearances for the Senagal national team, having made his debut aged 20. In winter, he won the Africa Cup of Nations with Bayern’s Bouna Sarr. Mane was named African Footballer of the Year in 2019. (ANI)