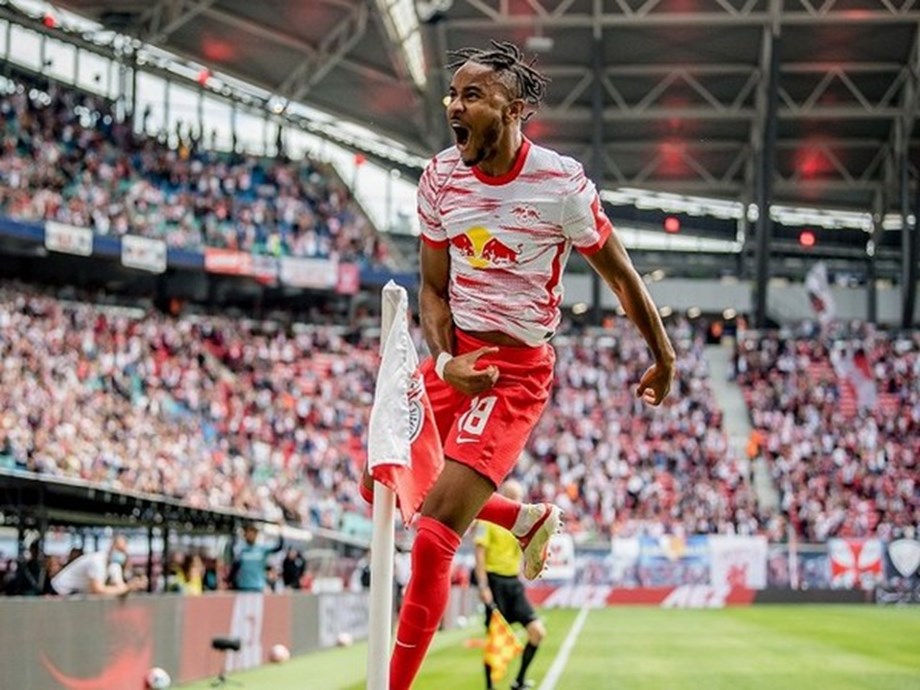 Christopher Nkunku has signed a two-year contract extension at RB Leipzig, keeping him at the Bundesliga club until 2026. The new terms follow a sensational 2021/22 season by the attacking midfielder, who scored 20 goals in championship and 13 assists en route to being voted Bundesliga Player of the Season.

He also led Leipzig’s triumphant DFB Cup run and became a full French international. “I am delighted to continue wearing the RB Leipzig shirt. After our great achievement in winning the DFB Cup, it remained clear that my story here is not over yet – we want more,” Nkunku told the site. Leipzig website.

“RB Leipzig have made a name for themselves on the international stage in recent years and have shown time and time again that we can compete for titles. We want to continue this momentum and go even further.” The 24-year-old arrived at Leipzig in July 2019 from boyhood club Paris Saint-Germain. He quickly became a mainstay of the team, able to operate in attacking midfield, on both flanks or even as a striker.

To date, he has made 136 competitive outings for the club, contributing 47 goals in 93 direct goal appearances. Although he has always performed well, last season he took his game to a new level, often proving decisive in the final third with his eye for a pass and killer instinct in front of goal. He made his senior international debut for Didier Deschamps’ France side against Ivory Coast in March this year, and has since won five other caps, including two starts.

“We are proud and happy to have been able to keep one of the best players in the world at this time,” said Leipzig technical director Christopher Vivell. “There are only a few players who can match the speed, flair and mentality that Christo possesses. On top of that comes his incredible goal involvement this season. Christo became one of the best Bundesliga players at Leipzig and also became a regular in the France team. This success story is something we want to keep writing together.”

Nkunku’s new contract, which replaces the previous one which was due to expire in June 2024, is a major boost for Leipzig and head coach Domenico Tedesco as they look to meet the title challenge in 2022/23. The announcement comes just days after the club confirmed the signing of Austrian international Xaver Schlager from Wolfsburg. (ANI)