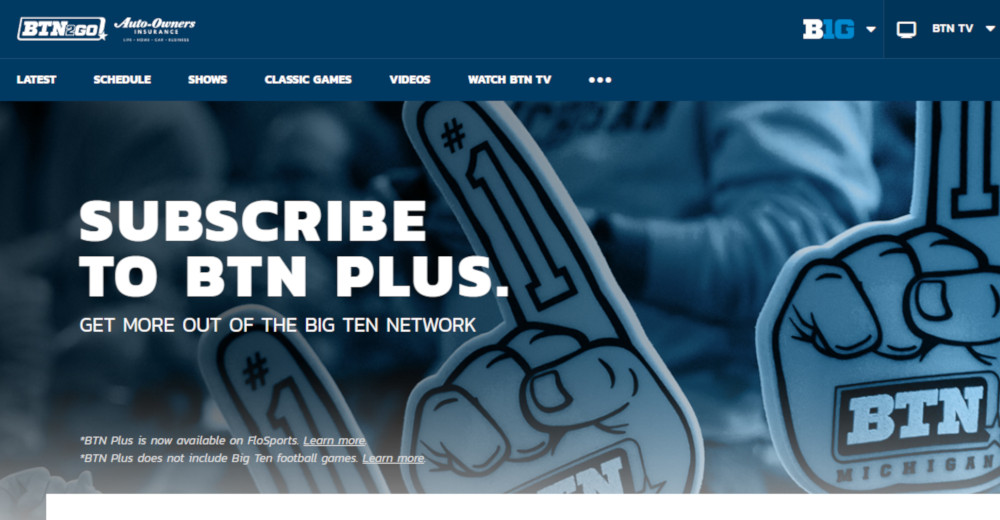 There have been many media developments during the various media days of the NCAA conference this week, from programming announcements for Big 12 Now to the broadcast programming for the ACC Network to the official SEC Twitter account. Big Ten’s media days kicked off Thursday, and these also saw notable media announcements from the Big Ten Network, from Matt Millen’s return to the booth to changes to BTN streaming:

A note from the president of BTN, François McGillicuddy: BTN2Go will cease to exist. All streaming from BTN is directed to the Fox Sports app.

BTN2Go will receive an update in August and will be renamed BTN +. It will be a standalone direct-to-consumer subscription product for non-televised games (same as today), but will have its own platform instead of living in BTN2Go. Still available on FloSports as well. https://t.co/BAgTFOBZHC

On some levels, it can make things simpler. There is now one destination for authenticated BTN cable streaming (the Fox Sports app) and another for streaming on the over-the-top BTN + subscription service (which covers games that are not on TV and requires additional subscription whether or not you have cable). And with BTN + now at the center of this app, maybe that will inspire BTN to find ways to improve and promote this service further. (He is a little hard to sell in some ways, like comparable SEC, ACC, and Pac-12 products are included with a subscription to these networks, and much of the similar Big 12 and Group of Five content is included with ESPN +, which is $ 5 per month. instead of $ 9.99 / month or $ 79.99 / year for BTN + for a school or $ 14.95 / month or $ 119.95 / year for the whole conference), but maybe they can find ways improve it.) However, some have mentioned that BTN2Go offered a better streaming experience than Fox’s apps, so there are complaints about it. We’ll see how this streaming change works for BTN.