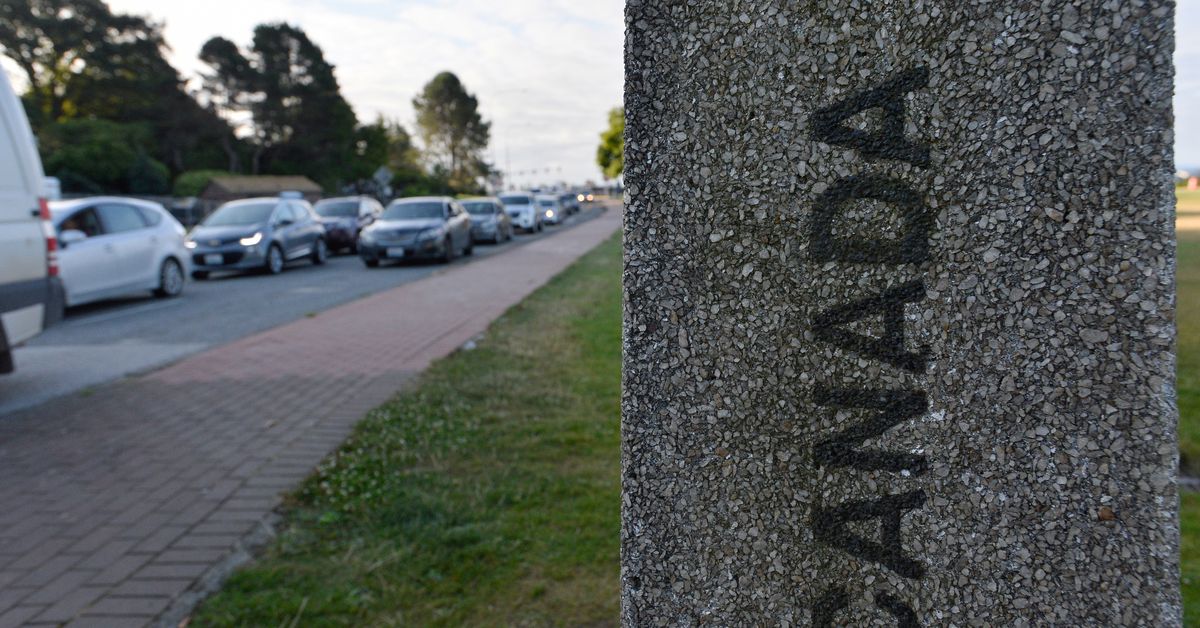 Travelers line up to enter Canada as border restrictions are relaxed to allow fully vaccinated U.S. residents, after the coronavirus disease pandemic (COVID-19) forced an unprecedented 16-month ban which, according to de many businesses, crippled them, at the Peace Arch border crossing in Surrey, British Columbia, Canada August 9, 2021. REUTERS / Jennifer Gauthier

VANCOUVER, Aug. 23 (Reuters) – The Canadian province of British Columbia will require customers of non-essential businesses such as restaurants and movie theaters to be vaccinated against COVID-19 starting September 13, the government said on Monday.

People wishing to enter a non-essential business must have at least one dose of the vaccine starting September 13 and both doses by October 24, Premier John Horgan said.

“There is no reason that those who wish to participate in the social and economic life of our community cannot take this next step and get this safe and effective vaccine,” Horgan told reporters.

Quebec was the first province to introduce vaccine passports for non-essential businesses earlier in August.

Vaccination warrants are becoming an electoral issue in the current federal election in Canada, which Prime Minister Justin Trudeau called on August 15.

Trudeau’s center-left Liberal Party introduced mandatory vaccines for federal workers before the election called and supported calls for new mandates, as have left-wing New Democrats. The Conservative Party of Canada has said that such mandates will hamper individual freedom. Read more

Reporting by Moira Warburton in Vancouver; edited by Richard Pullin