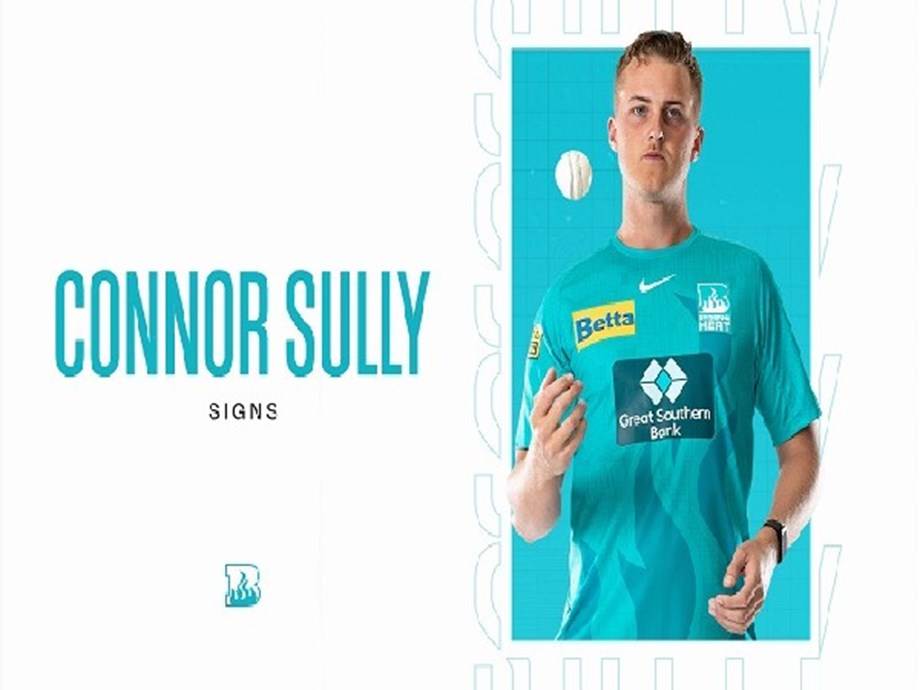 Brisbane Heat announced on Tuesday the signing of Queensland fast pitcher Connor Sully for the upcoming Big Bash League (BBL) which begins next month. Sully will complete Team Heat for the tournament and will be keen to add a teal start to his Sheffield Shield and One Day debut for Queensland so far this summer to make it a hat-trick of first appearances in all three formats.

According to Brisbane Heat, the former Australian Under-19 brings a quick pace to the team’s balance, having glimpsed their potential with a 4-39 comeback of six times in his second appearance in the Marsh One Day Cup for the Bulls earlier. this month. Heat coach Wade Seccombe said Sully has enjoyed his taste in top cricket so far this season.

“We are delighted with the way he is playing for Queensland and it will be very beneficial for him to be part of the squad for all of BBL | 11 this season,” Seccombe said on the Brisbane Heat website. . “He and his ‘young gun’ colleague Matty Willans give us good depth and variety in our bowling ranks. I’m sure he will appreciate the chance to soak up the experience again, as well as providing another option for some x-factor in our bowling alley if the opportunity arises, ”he added.

The Heat will face the Melbourne Renegades at Metricon Stadium on the Gold Coast on December 13 with their first game of Gabba indoors a week later when they host the Sydney Thunder on December 19. This will be Sully’s second time on the Heat. pounds, signed as a replacement for the start of the final BBL | 11 season.