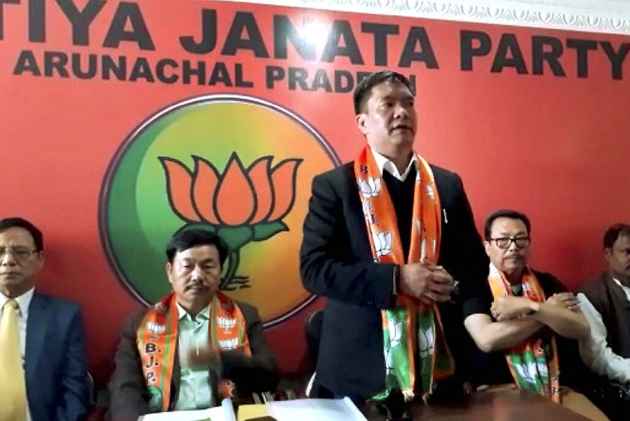 Attending the closing ceremony of “Adi Sports Fest-2021” in Pasighat, the seat of the East Siang district, Khandu said the state government, from its next budget, will retain sufficient funds to organize events. such events, according to an official statement.

“We have extremely talented young people. We are committed to producing athletes capable of competing at the highest level and the sports department has been tasked with developing a roadmap, ”said the Chief Minister.

Appreciating the youth wing of Adi Bane Kebang (ABK) for the “unique” initiative of coming up with the concept of a sports festival and carrying it out successfully in a grand manner, the chief minister said, all Community organizations should follow the principles of ABK. Example.

The Adis are one of the most populous indigenous tribal communities in the state with various sub-tribes. Welcoming the theme of the event – “Say no to drugs,” the chief minister said sport has the potential to keep young people away from drugs.

Claiming that the state government is determined to tackle drug abuse, Khandu however said that government alone cannot tackle vice and win it. Khandu also appreciated the Women’s Wing of ABK, which has been at the forefront of the war on drug addiction in areas inhabited by Adi.

“The youth of today are the leaders of tomorrow who will run the state. We have to nurture them with care and show them a proper path to keep them away from vices like drug addiction, ”he said.

Referring to drug rehabilitation centers, including the one in Pasighat, Khandu admitted the need to renovate their infrastructure with appropriate facilities for inmates. He assured that the government would improve the infrastructure of these detoxification centers as soon as possible.

Meanwhile, Khandu said that as part of Azadi ka Amrit Mahotsav, the Siang River Festival will be held in Pasighat on December 19 in a grand manner.

The monthly review meeting with all deputy commissioners will also be held in Pasighat, the chief minister said. About 600 participants from across the Adi belt take part in the very first Adi Sports Fest 2021.