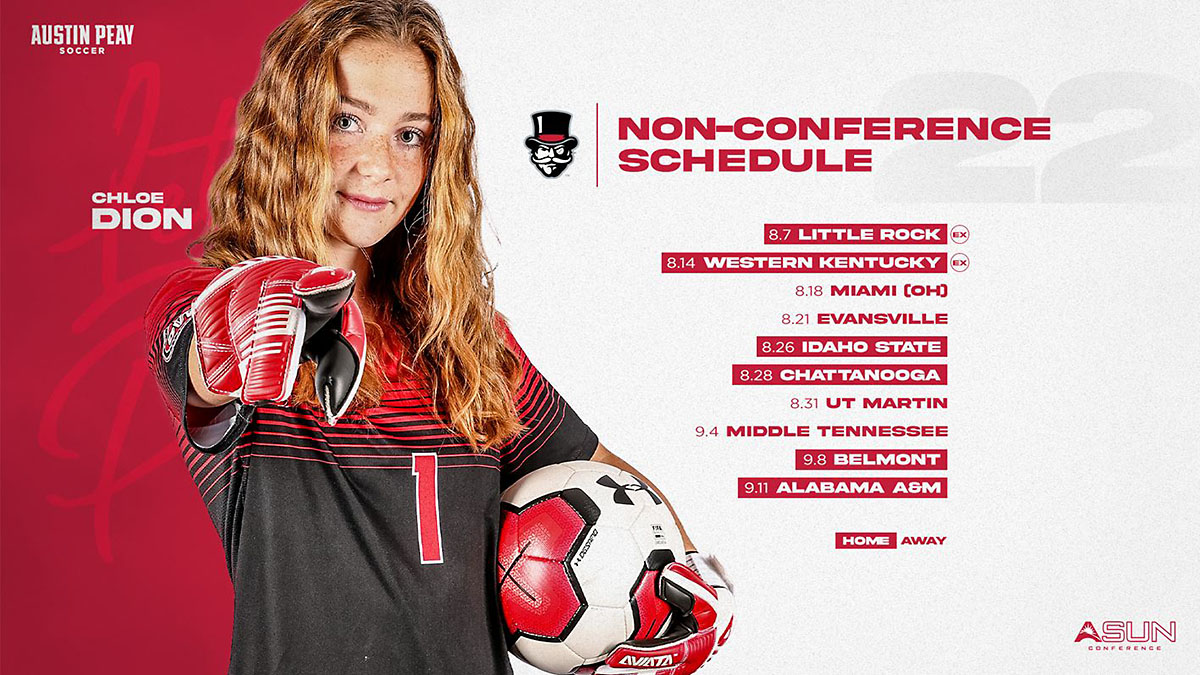 Clarksville, TN – An eight-game non-conference slate and playing times for the entire 18-game campaign are set for the freshman head coach Kim McGowanwho will lead the Austin Peay State University (APSU) football team in its first season in the ASUN conference.

Prior to the start of the season, the Governors are hosting a pair of exhibition games against Little Rock on August 7 and Western Kentucky on August 14.

Austin Peay State University opens the regular season on the road in Oxford, Ohio, when it takes on Miami, Ohio on Aug. 14 — the school where McGowan served as an assistant coach for the past four seasons. The Govs then remain on the road to face Evansville on August 21.

McGowan will make his debut at Morgan Brothers Soccer Field when APSU Governors first host Idaho State on Aug. 26. After hosting Chattanooga on Aug. 28, the governors hit the road to take on former conference rival UT Martin on Aug. 31 and Middle Tennessee on Sept. 4.

Governors wrap up the non-conference slate when they host Belmont on Sept. 8 and Alabama A&M on Sept. 11 in Clarksville.

Game schedules for the 2022 season are available at Austin Peay State University soccer schedule on LetsGoPeay.com

For news and updates as the APSU Governors Football Team (@GovsWSOC) prepares for its first season at the ASUN conference, follow on Twitter and instagram or go back to LetsGoPeay.com.