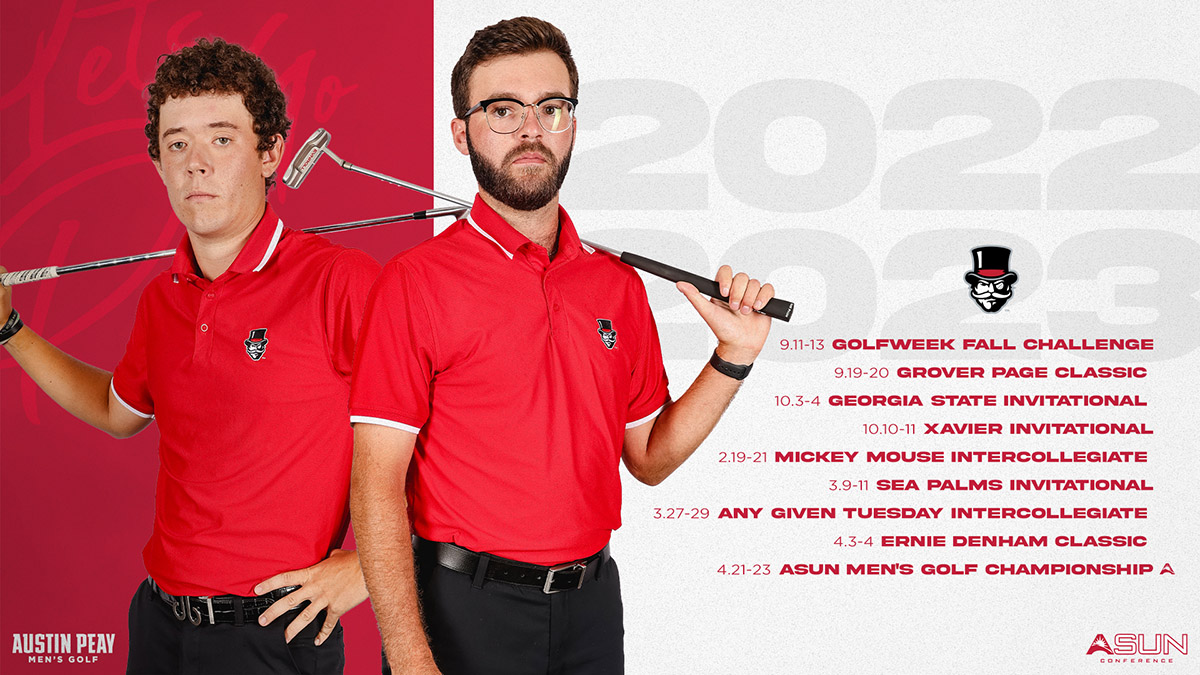 “As our program enters a new era, we want to challenge ourselves in every aspect,” Wilson said. “Part of that will be competing across the ASUN footprint against some of the top teams in college golf.”

Wilson will begin his ninth season at the helm when the Governors compete in the Golfweek Fall Challenge, Sept. 11-13, at True Blue Golf Club in Pawleys Island, South Carolina. The Governors next make their only home state stop when they play in the UT Martin Grover Page Classic, Sept. 19-20, at the Jackson Country Club in Jackson, Tennessee.

Next, APSU Governors will head to the Georgia State Invitational, Oct. 3-4, at Berkeley Hills Country Club in Duluth, Ga., before wrapping up the fall slate at the Xavier Invitational, Oct. 10-11. , at TPC River’s Bend in Maineville. , Ohio.

The penultimate event of the regular season will bring APSU Governors back to True Blue Golf Club for the Any Given Tuesday Intercollegiate, March 27-29, hosted by Golfweek.com. Finally, Austin Peay State University wraps up the regular season at Bellarmine’s Ernie Denham Classic on April 3-4 at the Standard Club in Louisville, Kentucky.

The Governors will then make their debut at the ASUN Men’s Golf Championships, April 21-23, at a course yet to be determined.