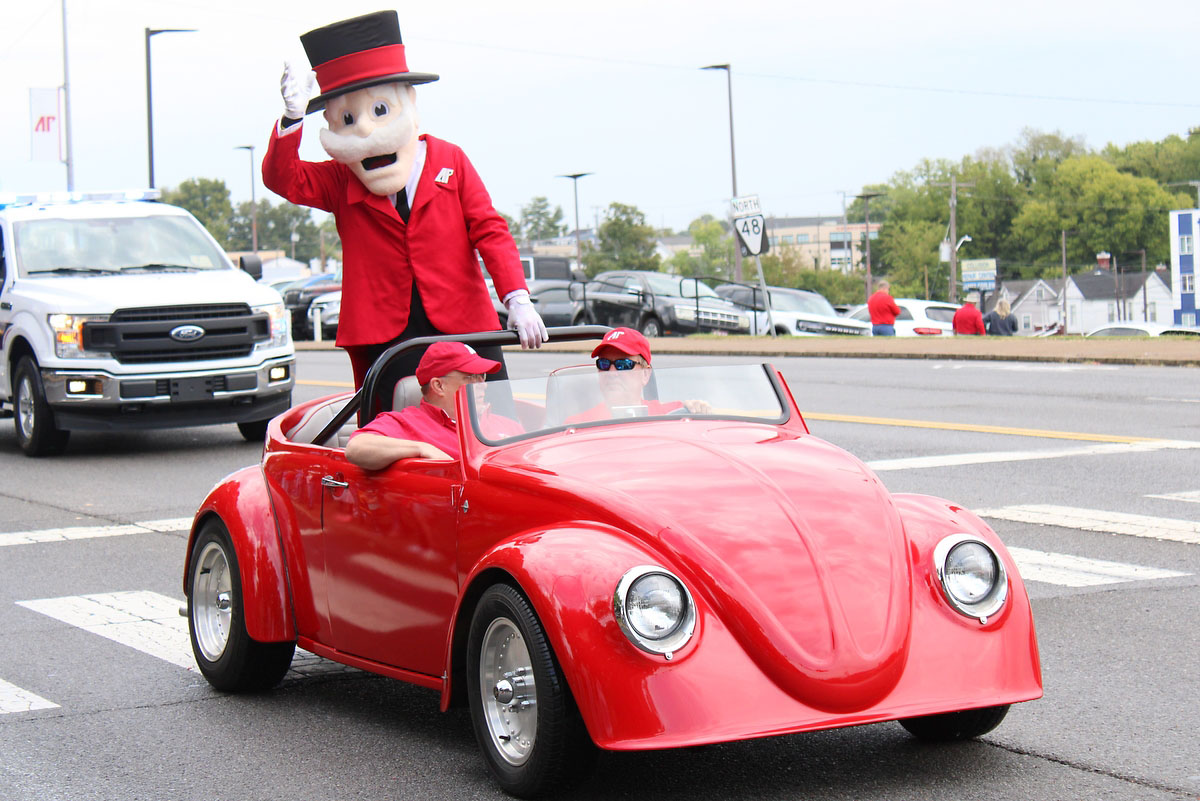 Clarksville, TN – Students and alumni of Austin Peay State University (APSU) gathered for this year’s annual Homecoming Parade. The rain did not prevent this incredible crowd for this event of September 24th.

Excitement mounted as cars and floats lined up on Eighth Street to begin the walk down College Street, Drane Street and Marion Street.

“It was really exciting and happy to see all the APSU alumni coming out to support us,” said Madison Beaudoin, Returning Princess. “It was really fun to have my Alpha Delta Pi sorority supporting me, along with Sigma Phi Epsilon, we had a lot of support from college and it was a great feeling to hear my name called.”

The Madison Sorority also created a float for the parade. Decorating a float is also a friendly competition between sororities and fraternities. The winners of the tank and the return field will be announced during the return match at halftime.

“The best thing about coming home is the bonding we get and the bonding within our fellowship and the other fellowship we associate with. We named our alligator on the float ‘Albert,'” Mackenzie added.

Andrew Fowler, Homecoming Prince, “It was really fun. I didn’t know what to expect, but as things progressed it started to be less stressful and ended up being a overall great experience!”

“I’m thrilled to have my mom walking the court with me. It’s going to be fun,” Fowler added.

This year’s parade also included the Governor’s own marching band, the Diamond Divas majorette team, the Austin State University Peay Dance and Cheering Team, as well as the Governor of APSU .

The APSU Homecoming parade was part of a week of celebrations leading up to last Saturday’s game between Austin Peay State University and Eastern Kentucky. APSU came from behind to defeat EKU 31-20.